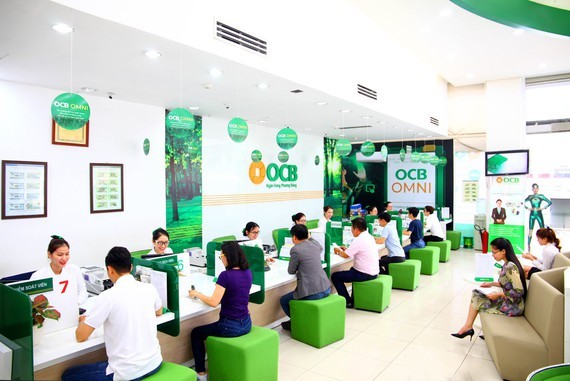 At the same time, the ratio of bad debts or total outstanding loans in 2020 of commercial banks were also kept at low level. Among 25 commercial banks that have announced bad debt figures in the consolidated financial statements, six banks have recorded bad debt ratios of less than 1%, including Techcombank, Vietcombank, ACB, BacABank, VietinBank, and NamABank; 14 commercial banks were with bad debt ratio below 2%; 3 banks had bad debt ratio below 3%, with ABBank at 2.09%, PGBank at 2.44%, and Eximbank at 2.52%. Only two banks with bad debt above 3% are VPBank with 3.41% and KienlongBank with 5.42%. General statistics show that bad debt of the whole system in 2020 was controlled below 2%. This is certainly an impressive result.

The situation will be more optimistic when most Credit Institutions have settled VAMC special bonds, and at the same time bad debts at banks are controlled at low level. However, behind the above optimistic situation, banks have not been able to relieve the burden related to bad debt problems.

In recent years, many Credit Institutions have sold debts to VAMC. After selling debts, the banks have to make a provision of 20% per year, which is the basis for them to complete the special bond settlement at VAMC as announced. Now, banks receive a large amount of assets, and continue to worry about debt collection. This is difficult, time-consuming and costly, because a series of mortgaged real estate assets worth billions cannot find buyers although banks have organized auctions repeatedly.

A large amount of real estate along with machinery, equipment, and several factories have made banks block large chunks of assets. According to Dr. Tran Du Lich, a member of the National Financial Monetary Policy Advisory Council, legal procedures related to mortgage, asset valuation, consensus of property owner, as well as legal procedures in buying and selling, have caused buyers to be cautious about collaterals issued by banks. Moreover, collaterals have been known to be overvalued for loans, hence liquidation is not simple.

Dr. Nguyen Tri Hieu, an expert in banking and finance, said that assets mortgaged by banks are of great value, and not everyone can afford to buy them back. Moreover, many unsuitable products are problematic when selling and banks have to struggle to so, which makes recovery of old debts much more difficult.

A backlog of old debts has not been handled efficiently, and now new difficulties have also arisen. New difficulties relate to the NPL ratio in 2020 being at a low level, but debt Group 4 and Group 5 were on strong increase. At Techcombank, the bank with the lowest NPL ratio in the system in 2020, the total bad debt ratio decreased by 58%, to VND 1,295 bn, and the NPL ratio was only 0.47%. However, in terms of absolute value, Group 4 debt increased by 75%, reaching nearly VND 534 bn. NamABank is also in the group of banks with bad debt ratio below 1% after total bad debts decreased by 44% to VND 744 bn, but Group 5 debt increased by 77% compared to the beginning of the year, at nearly VND 468 bn. The bank's accrued interest will also increase by 100% in 2020, at VND 2,632 bn.

Group 5 debt at BIDV increased by more than VND 5,000 bn, to VND 16,525 bn, equivalent to an increase of 46% compared to the beginning of the year. MB's total bad debt was nearly VND 3,248 bn, of which Group 5 debt increased by 124%, accounting for VND 1,384 bn. Another phenomenon is the remarkable debt at Group 2 at the end of 2020 at some banks which increased dramatically. Specifically, OCB increased by 118%, VIB by 76%, and Vietcombank by 70%. This is also a matter of concern because if customers continue to be unable to repay their debts, these debts will jump from Group 2 to bad debt groups.

In 2020, banks set up a huge fund for risk reserve. This move was made to cope with the bad debt problems. According to some forecasts, the cost of setting up risk provision in 2020 was partly used by banks to write off bad debts in the fourth quarter of 2020, in order to reduce the bad debt ratio for the whole year. The authorities allow banks keeping the debt groups to support customers affected by the Covid-19 pandemic. VND 355,000 bn of debt was rescheduled according to Circular 01/2020/TT-NHNN in 2020 accounting for about 4% of the total outstanding loans in the economy. Therefore, if only 50% of restructured debts became bad debts, the NPL ratio of the whole system would increase to 4%.

Right now, an early provisioning is one solution to reduce pressure from potential difficulties and challenges in the future, which is a common move made by many banks. However, this solution creates another problem when banks will find it difficult to lower lending interest rates. In general, part of the cost of handling bad debts eventually falls on borrowers.