A representative of the Ho Chi Minh City Public Security Department said that in November, the department effectively implemented the set programs, works and plans, and maintained political security and order in the city. The city police forces razed 384 cases and arrested 538 subjects.

Notably, the police busted 116 cases and arrested 371 subjects related to the possession, use and distribution of illegal drugs; and discovered 240 cases of economic violations with 130 subjects and seized exhibits worth around VND45 billion (US$1.8 million). As for environmental protection violations, the police proposed to impose administrative sanctions for 33 cases with a fine of nearly VND1.3 billion (US$52.400).

Regarding traffic order and safety, in November, Ho Chi Minh City recorded 181 traffic accidents. The traffic police inspected and handled nearly 49,000 violations on road and inland waterways with more than VND57 billion (US$2.3 million) and seized nearly 9,900 vehicles of all kinds.

At the conference, Major Tran Duc Tai, Deputy Director of the municipal Public Security Department directed units and localities to strengthen the criminal fight and prevention in the city, especially from now through the end of the year, before, during and after the Tet holiday.

On this occasion, Deputy Secretary of the HCMC Party Committee Nguyen Ho Hai along with leaders of the Ho Chi Minh City Public Security Department organized a ceremony to honor and grant the certificates of merit of the City People's Committee, the Ministry of Public Security and Director of Ho Chi Minh City Police to 74 collectives and 70 individuals who had outstanding achievements in crime prevention and control in the city during passing time.

Some photos at the ceremony of granting the certificates of merit of the City People's Committee, the Ministry of Public Security and Director of Ho Chi Minh City Police 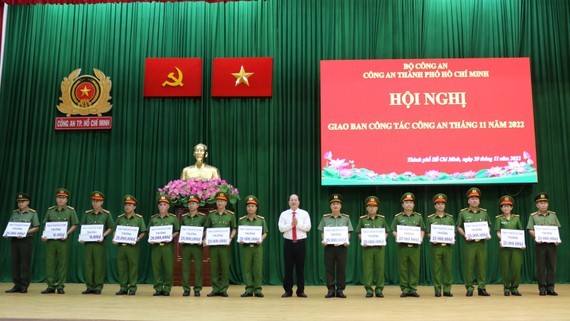 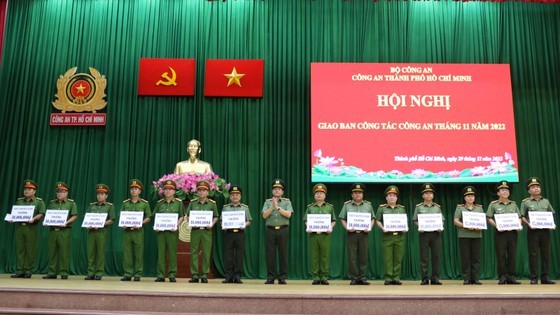 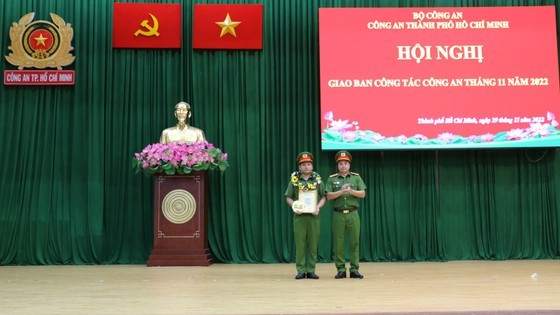