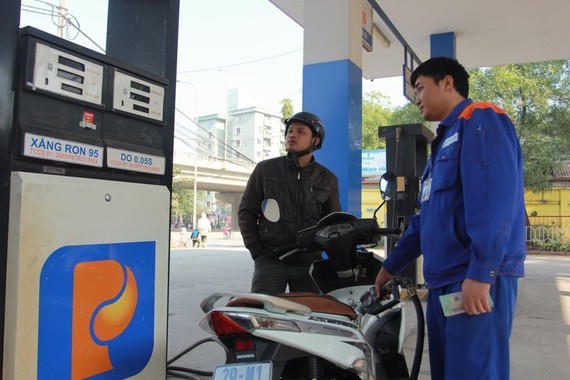 The reason is that the legal documents related to all these projects are overlapping and are no longer suitable in the ever-changing investment environment. Regulations in laws in Vietnam are also at conflict with international practices.

Up till now the Law on Petroleum, which was promulgated in 1993, has since been amended and supplemented with a number of articles in 2000 and then again in 2008. However, in the context of the current rising world crude oil prices, the energy transition phase from traditional energy to new forms of energy, and all the oil and gas exploration projects, show that the production conditions are quite inadequate in Vietnam. The regulations in the Law on Petroleum are not enough to encourage investors to develop small or marginal fields or apply solutions to take advantage of the Enhanced Oil Recovery (EOR).

Inadequacies in the laws have been raised by investors many times over. The Law on Petroleum shows quite clearly the stages and steps for exploration and production in oil and gas contracts, but do not specify the full investment procedures when state-owned enterprises can participate in oil and gas projects, and even the Law on Investment does not have this provision. This makes the implementation of oil and gas exploration and production difficult and discourages many foreign enterprises from investing in such projects. This is especially the case when the mining conditions are small in deep water and far from shore, which requires huge costs.

It is also a fact that in recent years, foreign investments in the field of exploration and exploitation have almost stagnated in Vietnam. In the 2016 to 2020 period, the Vietnam Oil and Gas Group (PVN) signed only eight new oil and gas contracts, less than one-third of that signed in the 2010 to 2015 period with 27 contracts.

Besides, legal documents only regulate the investment activities of the parties as oil and gas contractors in general, merely indicating the relationship between investors and the Government. As investors in oil and gas exploration and production using state capital in enterprises, they still have to comply with general laws related to the management and use of investment state capital.

In fact, domestic oil and gas exploration and production are carried out by a consortium of international oil and gas contractors, or domestic investors jointly contributing capital to carry out oil and gas exploration and production in a certain area in Vietnam. This can take place when they provide a commitment on rights and obligations in the oil and gas contract, which is usually a Product Sharing Contract (PSC), signed between the Government represented by PVN and a consortium of contractors, and at the same time comply with relevant provisions in the Law on Petroleum as well as other sub laws.

Accordingly, if the results of exploration and appraisal determine a commercial oil and gas field, the contractor will conduct the exploitation and sale of crude oil or gas at the source, and only comply with the provisions of the PSC and the Law on Petroleum. The problem arises when there are cases where the contract of the area has gas exploitation, and the contractor sells gas to the onshore consumers. The contractor will need to invest in additional pipeline work to bring gas to shore and gas processing, receiving, and transporting stations to consumers. But the construction of onshore structures is currently regulated by the Law on Construction and its bylaws.

Along with this, the Law on Management and Use of State Capital for Investment in Production and Business at Enterprises stipulates that for Group A projects approval must be obtained from the owner before the investor can make a decision. This legality has made many investors hesitate.

Not only are upstream projects facing difficulties, but the implementation of oil and gas projects in midstream and downstream sectors, such as gas processing and electricity, are also facing difficulties due to overlapping of legal documents. In addition, there are a series of guiding circulars of related ministries, inter-ministerial and sectoral sectors, as well as standards, regulations, economic and technical norms, investment policies, formulating and appraising investment projects, investment registration certificates, managing the construction implementation process, and putting the project into operation.

The implementation of gas pipeline projects from offshore fields to shore and to consumers requires synchronization in the investment between exploitation, transportation, and use of gas. With these projects, there are many stakeholders in the gas chain, including the mine owner or contractor, gas trader or field owner, gas transport and treatment unit, and gas consumers. In this, PVN has many roles such as buying gas from the field, participating in pipeline investment, and selling gas to consumers. At the same time, the price of gas purchased by the mine owner at the point of delivery from the field, the price of gas sold to electricity consumers, and the price of electricity sold to EVN are all decided by the Government.

According to a representative of PVN, oil and gas processing projects and thermal power plants often have a very large investment scale of up to US$ 2 bln and a long construction time, leading to very complicated capital mobilization. This must be mobilized from foreign financial sources and must be guaranteed or supported by the Government such as the Ministry of Finance. In addition, there are many impacts from regulations on safety, environment, and product quality, forcing investors to invest in upgrading, which then significantly affects the efficiency of the factory.

Sunday, January 29, 2023 08:06
The Ministry of Finance has sent a report to the Prime Minister on the latest financial statement for 2021 of Foreign Direct Investment enterprises in Vietnam. Profits and losses of FDI enterprises have drawn the attention of the public.