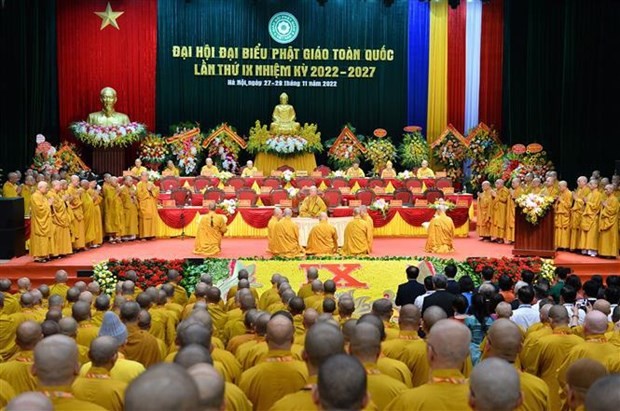 The congress called on monks, nuns, and followers at home and abroad to practice the Buddha's teachings and uphold the slogan of "Discipline - Responsibility - Solidarity - Development" to join hands in building the VBS which grows stronger in the hearts of the nation.

They were also encouraged to actively participate in patriotic emulation movements, Buddhist activities for the sake of the country, the people and the religion; closely coordinate with the Vietnam Fatherland Front and mass organisations in the political system to build the great national solidarity bloc; and strongly respond to action programs to protect the environment and adapt to climate change. 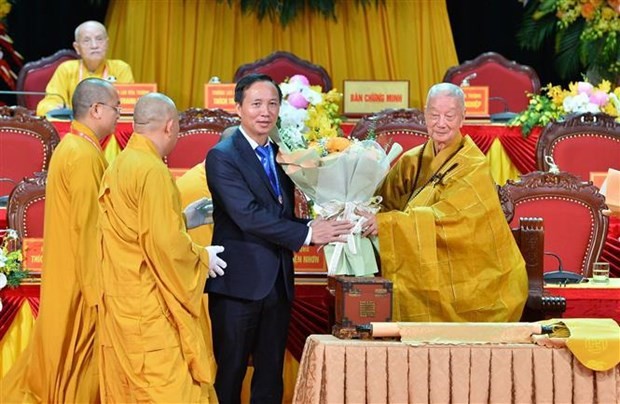 The success of the 9th National Buddhist Congress opens a new path for the growth and development of the Vietnam Buddhist Sangha in its more-than-40-year journey of accompanying the country, affirmed Most Venerable Thich Thanh Nhieu, Permanent Vice Chairman of the VBS's Executive Council.