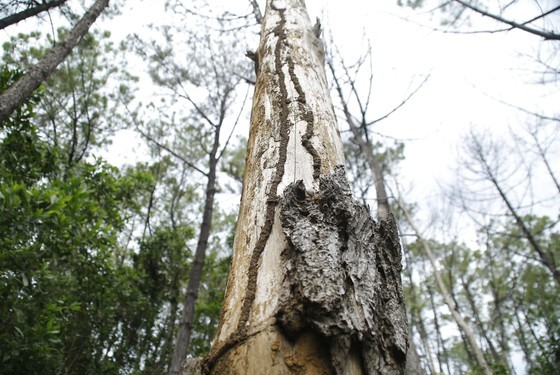 According to Mr. Trinh Tuan Nguyen Khuong, Director of Quang Nam Forestry Enterprise under the Forest Products Export Joint Stock Company of Quang Nam, the incident was discovered at 9.15 a.m. on July 4. Through inspection, authorities determined that the damaged area was about 0.5ha, with the number of dead pine trees at about 200. This is a Pinus latteri forest planted in 1987 with an FSC certificate, not for logging but for preserving the ecosystem and environmental protection.

Mr. Khuong added that each pine tree was drilled with 1-3 holes, whose diameter is from 5 to 10 mm and depth from 8 to 10 cm each. In each hole was a cyan solution suspected to be chemical drugs.

Many pine trees at the above location are dead, and some are turning yellow. Many tree stumps were burned, and the bark was peeled off the trunks. About 1.2 meters from the tree stump, a small bamboo stick is stabbed into the tree trunk. 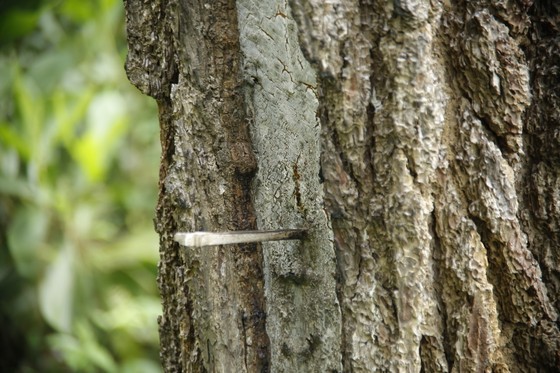 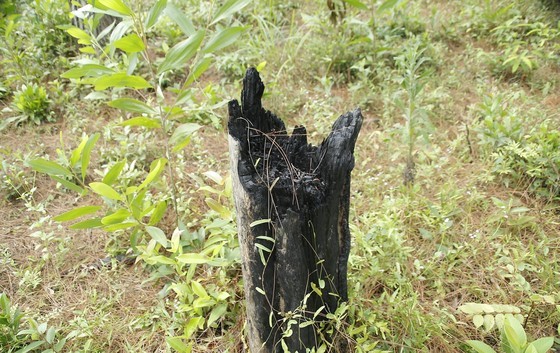 Pine trees are killed to create a space for the cultivation of acacia trees. (Photo: SGGP)
Senior Colonel Pham Viet Tien, Head of Nui Thanh District Police, said the case was being investigated. “The district police came to examine the scene and discovered a vial being left there. The subject drilled holes into the tree trunks and pumped poison into those holes. The number of damaged trees whose perimeter was from 20 to 60 cm was 154," said Colonel Tien. 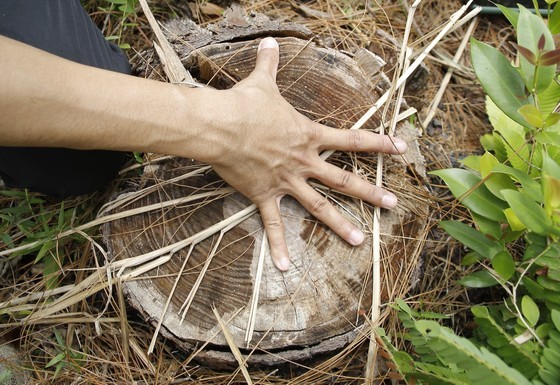 The number of damaged trees whose perimeter is from 20 to 60 cm is 154. (Photo: SGGP)
According to the Head of the Nui Thanh District Police Department, the vial was taken for forensic tests. If there are signs of crime, the case will be prosecuted.
By Nguyen Cuong – Translated by Gia Bao

Friday, February 03, 2023 12:00
PM Pham Minh Chinh has asked the MoIT to take measures to ensure the supply of all key commodities, especially fuel, and to stabilize the country's distribution channels for the economy after the Tet holiday.