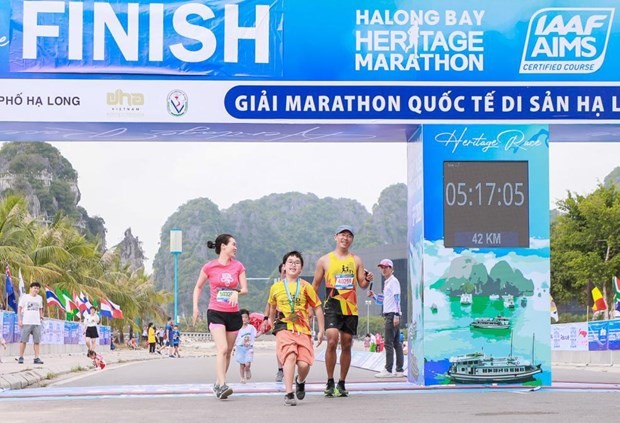 First introduced in November 2015, the annual event has now made its name to the international marathon map (Photo: congthuong.vn)

First introduced in November 2015, the annual event has now made its name to the international marathon map, having become a desirable destination of the jogging lovers' community around the world.

The race is voted by the prestigious magazine “Runner's World UK” as having one of the world's 50 most beautiful running tracks. The tournament in 2019 was viewed the cultural and sports event attracting the largest number of foreign tourists to Quang Ninh, with the participation of more than 3,000 athletes, including nearly 1,600 foreigners from 56 countries. According to General Director of DHA Vietnam Nguyen Tri, the running course is designed to embrace the coastline and majestic natural landscape, with thousands of amazing rocky islands in the background, offering a chance for athletes to run through many beautiful landscapes along the shores of Ha Long Bay, one of Seven Natural Wonders of the World twice recognised by UNESCO, in 1994 and  2000.
Vietnamplus

Sunday, February 05, 2023 21:57
Coach Park Hang-seo plans to help to open a youth football training academy in Vietnam after his successful five-year stint as coach of the national side.