This early morning, the eye of storm Noul was at around 380 kilometers far from the southeastward of the Paracel Islands with a maximum wind speed of level 9 to 12.

Tomorrow, the tropical storm will be centered at around 160 kilometers off the coastal provinces of Quang Binh and Quang Ngai.

The dangerous system will continue to intensify at a speed of 20 kilometers, mainly move west-northwestward and travel the mainland of provinces from Quang Binh to Quang Nam with sustained winds of 90 to 115 kilometers an hour in the next 24 to 36 hours.

Notably, the storm is forecast to result in torrential rainfalls between 200 mm and over 400 mm across the provinces from Ha Tinh to Quang Ngai, beginning from this evening.

In the next couple days, heavy rains are warned for the Red River Delta, the Central region and the Central Highlands with average rainfalls of 50 to 150 mm.

Additionally, due to an impact of southwest monsoon, the territorial waters from Binh Thuan to Ca Mau and the southern part of the East Sea including the Spratly Islands will experience powerful thunderstorm, big waves and rough sea.

Amid the current complicated weather condition, the Standing Office of the Central Steering Committee for Natural Disaster Prevention and Control informed this morning evacuation plans as well as prudent preparedness for the rapidly intensifying hurricane to ensure safety of lives and properties. 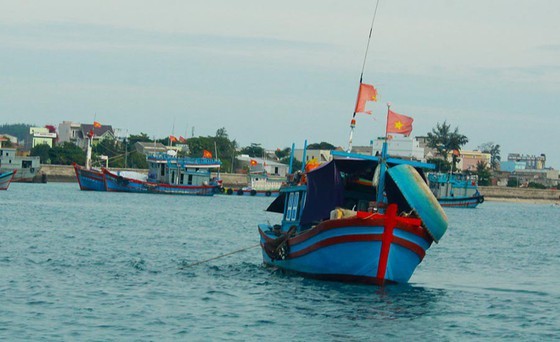 Particularly, the functional agency called a thorough evacuation plans for 295,859 households and 1,177,486 people in provinces and cities from Quang Binh to Da Nang to safe-enough areas.
Amid the complicate weather situation, Thua Thien-Hue Province planned one day off for pupils on September 18.

Statistics showed that there have been 102 vessels working in territorial waters from Quang Binh to Quang Nam.

The predicted storm-hit localities have called all vessels at sea going out from the dangerous zones and regularly kept in touch with ship owners to guide them to leave the storm-hit zones.