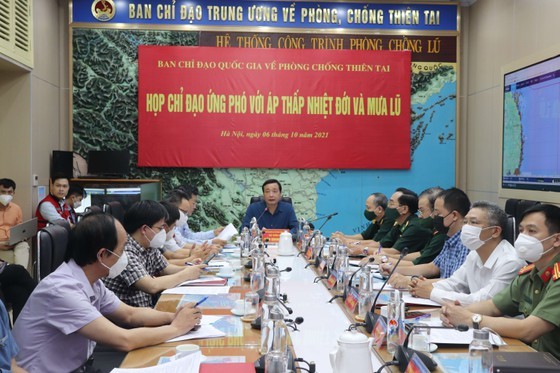 The information was shared at a conference yesterday between the National Steering Committee for Natural Disaster Prevention and Control and relevant members about measures against forthcoming storms which was held online with ten provinces and cities from Thanh Hoa to Phu Yen.
Speaking at the conference, Director of the National Center for Hydrology Meteorology Forecasting Mai Van Khiem informed that international forecasting agencies constantly changed their predictions about the paths and intensity of the tropical depression, which is expected to travel to the Northern region or may be expected to make landfall in the Central region of Vietnam. However, Vietnam’s hydro-meteorology forecasting agency said that the tropical low-pressure system will be likely to turn into a storm in the next several hours. The system will move northwest between the North-Central and Mid-Central regions as it approaches closely the mainland. 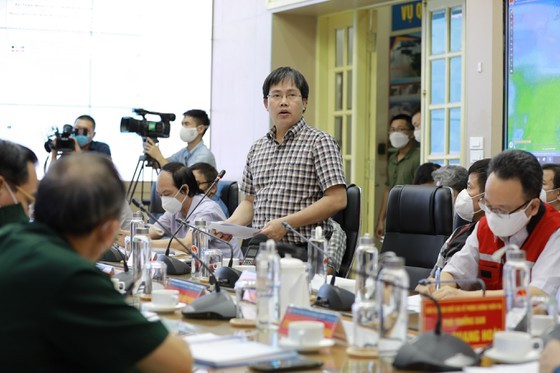 Director of the National Center for Hydrology Meteorology Forecasting Mai Van Khiem speaks at the conference.

The storm circulation will bring torrential rainfalls across the provinces from Quang Binh to Phu Yen and the Central Highlands region, including heavy rainfall of up to 600 mm in the provinces from Thua Thien- Hue to Quang Ngai within the next two days.
From October 9 to October 12, the tropical typhoon may be expected to interact with a cold spell, triggering rainy weather across the North- Central and Northern regions on the large scale. 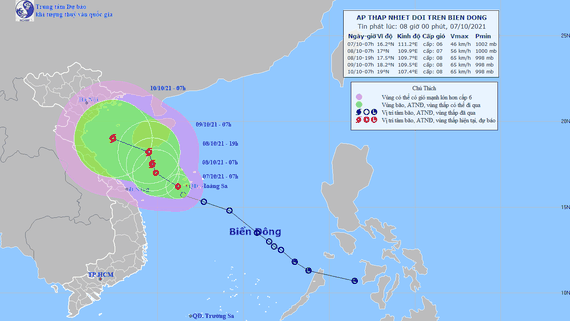 All vessels working in the dangerous areas will likely brace for blustery winds, rough sea and big waves. 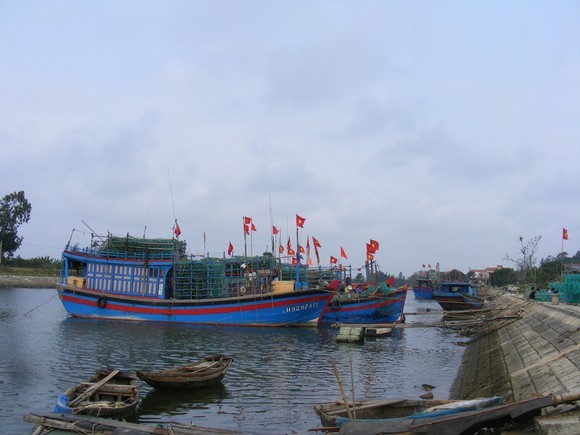 According to the General Department of Disaster Prevention and Control, by 1 p.m. on Wednesday, the functional forces have counted the number of vessels at sea and gave instructions about safe positions to 61,568 boats carrying 278,639 workers. Currently, there are 235 vessels along with 1,929 workers operating in the middle of the East Sea and the Paracel Islands.
The bans on bathing have been issued at beaches across the coastal city of Da Nang and Thua Thien- Hue Province.

Provinces from Thanh Hoa to Quang Ngai are ready to evacuate 71,559 households with 290,671 people living in coastal areas. Amid the current Covid-19 pandemic situation, the local authorities are reviewing the number of coronavirus infections and other cases related to Covid-19 to proactively prepare for evacuation and isolation.