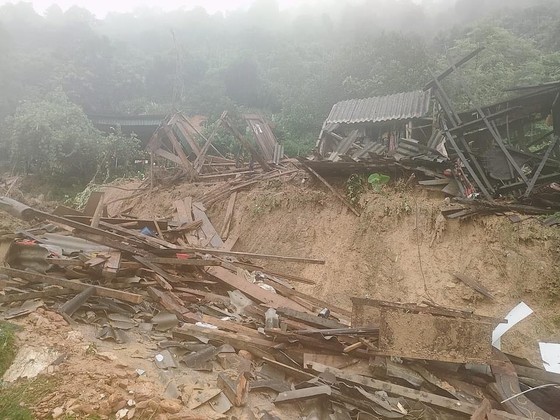 A shattered house in Bao Nam Commune
Previously, at night of September 4, prolonged downpours caused flooding and landslides at points in Ky Son District, notably Muong Xen Town and communes of Huu Kiem, Chieu Luu, Bao Nam and so on.
According to initial record, many vegetable areas in Chieu Luu Commune were submerged in water.

Landslides were recorded in some sections on National Highway 7A through Huu Kiem Commune resulting in isolation of nearly 200 houses in Dinh Son 1 and Dinh Son 2 villages. Local authorities must urgently evacuate 50 households to safer places.

Fortunately, no one was injured in the incident but at least four houses were damaged.