Although getting stuck for 14 hours, their health situation was stable thanks to food provision from the functional forces.

The rescuers arrived on the site and tried to spread ropes to the position of stranded victims to curl up and the policemen swung on the rope over water to approach and take the victim to shore.

The local authorities handed over three men to their families.

Earlier, on November 9, heavy rains along with water discharge from hydropower reservoirs caused a huge water volume from the upstream river through Kong Chro District.

As soon as having announcement of a floodwater release, the local authorities directed communes along Ba River to provide information on properties evacuation, ban people going fishing and broadcast the warning on the radio.

However, three men still ignored the notice and went to the foot of the Dak Srong hydropower dam to go fishing, therefore, they were trapped in the fast-moving waters.
There are a rescue video and photos: 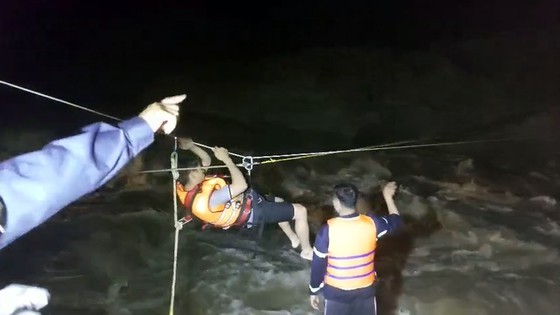 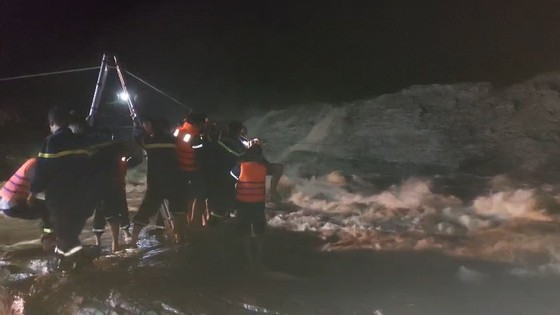 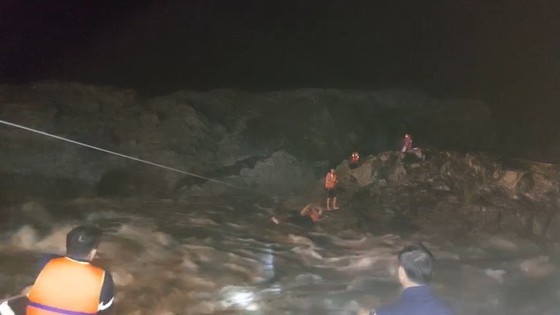 By Huu Phuc-Translated by Huyen Huong