As reported, a cyclone along with blustery winds blew up many houses’ roofs in most district of Nghi Xuan, Ha Tinh Province.

Initial statistic showed that 75 houses’ roofs, concrete fence walls and hectares of trees were destroyed with a total loss of VND700 million (around US$300,000).
Fortunately, no injuries and deaths have been reported.

As soon as the cyclone passed through the district, the local authorities and functional agencies carried out counting preliminary damages as well as helped people overcome post-natural disaster consequences, cleaned up uprooted plants and repaired houses’ roofs to soon stabilize their lives.

There are some photos featuring serious damages in Nghi Xuan District, Ha Tinh Province after the recent whirlwind: 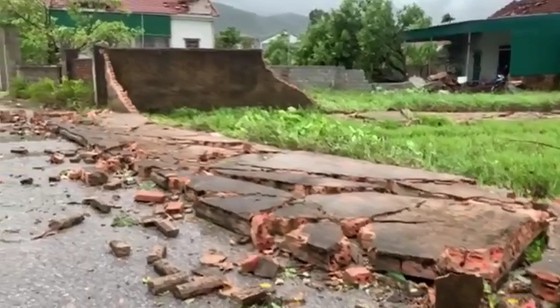