26 fishermen were reported missing before the ninth storm made landfall. 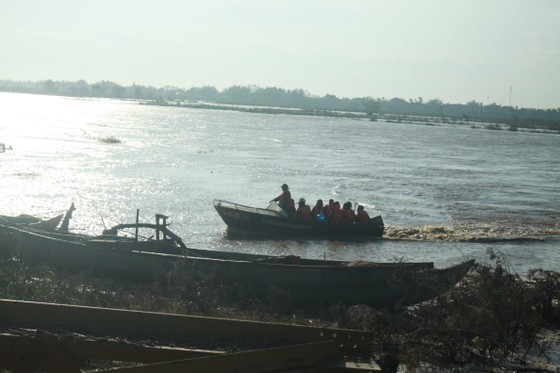 As of this morning, vessels of fisheries surveillance and rescuers accessed to two locations where 26 fishermen of Binh Dinh Province went missing at sea while they were heading towards the seashore to avoid the storm on October 27.
Rescuers make their efforts to seek the missing fishermen under the current bad weather condition of big waves and rough sea.
According to the brief report from the Standing Office of the Central Steering Committee for Natural Disaster Prevention and Control, typhoon Molave-related deaths were at least two people in the provinces of Gia Lai and Quang Nam, 55 others were missing due to landslide in Nam Tra My and Phuoc Son districts, Quang Nam Province. In addition, 28 people were injured as the storm battered provinces of Thua Thien- Hue, Da Nang and Quang Nam.

Molave has now been downgraded to a tropical depression, but heavy persistent downpours are still falling on several localities leading to a risk of flooding.