According to the National Center for Hydrology Meteorology Forecasting, floodwater levels are rising rapidly in rivers from Thanh Hoa to Quang Binh.

Heavy rainfalls will continue to pour down the mid-Central, South-Central and Central Highlands regions due to the intensifying southwest monsoon.

Throughout Saturday, many localities in Nghe An Province were separated by floodwater. In addition, the heavy rains also caused serious damage to over 1,100 hectares of paddy field, more than 1,000-hectare vegetable crops in Quynh Luu, Thanh Chuong, Nghia Dan and Dien Chau districts. 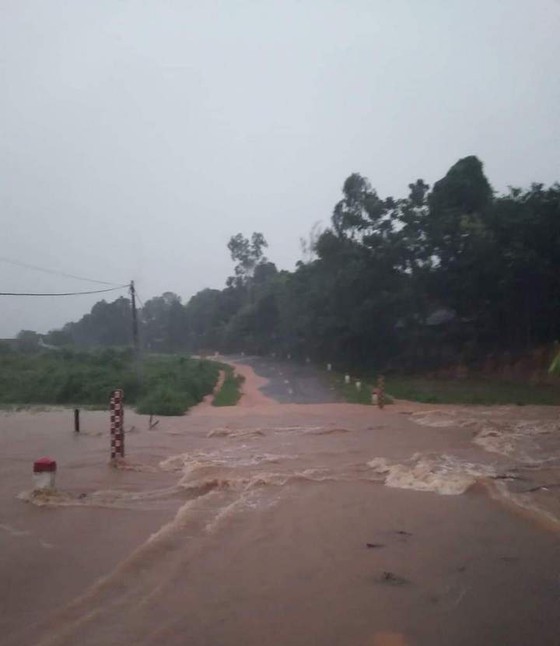 On the same day, Deputy Chairman of the People’s Committee of Son Ham Commune in Ha Tinh Province’s Huong Son District Phan Huu Danh said that three people in a family were injured in their landslide-struck house.

The Office of Agriculture and Rural Development of Duc Tho District also reported that cyclones had blown up the roofs of 31 houses, damaged works under the construction, uprooted 22 trees along with four electricity poles and four telecommunication poles in communes of An Dung and Tan Dan with damage estimated at VND136 million (nearly US$6,000).