Fortunately, nobody was hurt in the incident.

The transmission antenna was put into operation in 2011 with its investment capital of billions dong.

Many dyke systems in districts of Loc Ha, Cam Xuyen and Ky Anh were broken. 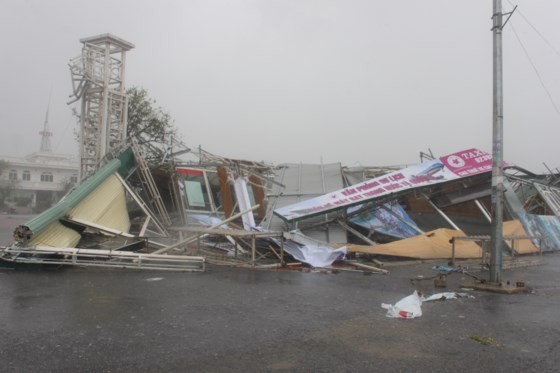