Last night, the system was in the southern territorial waters of Guangxi Province (China) and at around 60 kilometers far from Mong Cai City, Quang Ninh Province.
In the next 24-48 hours, the tropical depression will move south-southwestward heading to the northern Gulf of Tonkin and return to a low-pressure zone in Hainan Island (China).

Medium-heavy rainfall of 250 mm will cover over the Northern region, island districts of Co To and Bach Long Vi. 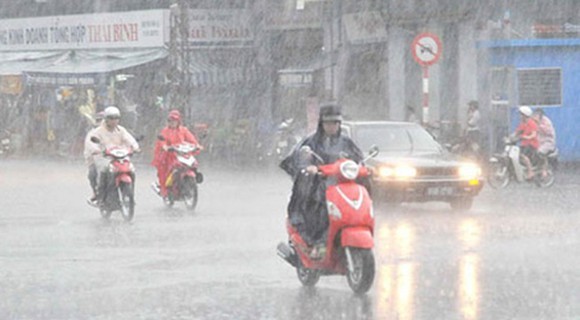 From July 22 to July 25, the provinces from Thanh Hoa to Thua Thien- Hue have experienced tropical downpours along with the risk of flooding on the large scale.
Ho Chi Minh City, the Southern and Central Highlands regions have maintained bad weather conditions by this weekend due to the powerful operation of the southeast monsoon.