Particularly, the cold snap with a minimum temperature of below 10 degrees Celsius is forecast to spread the Northern region as of December 14.

Through Sunday, most parts of the Northern provinces and cities including the capital city of Hanoi are able to experience showers while risk of flooding following a high tide will hit the Southern coastal region.

According to a data collection from observation, water levels in the Southern region are rising following the tidal wave, notably the highest water level at Vung Tau Meteorological Station reached at 3.92 meters at nighttime of December 10. 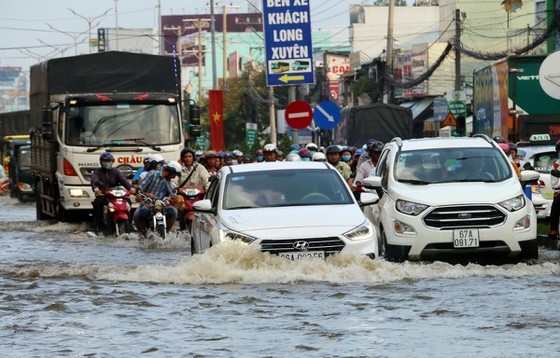 The tidal peak in the Southern coast region will continue to increase in the next several days, especially the highest tidal peak in Vung Tau station could reach 4.35 meters as of the early Wednesday morning.

From December 17, the water levels will tend to gradually decrease.
Due to an impact of the high tide, risk of flooding is high in low-lying coastal areas of Ho Chi Minh City and the Mekong Delta provinces such as Ben Tre, Soc Trang, Tra Vinh, Bac Lieu and Ca Mau, falling between the midnight and 4AM, between 3PM and 7PM on December 15, 16.