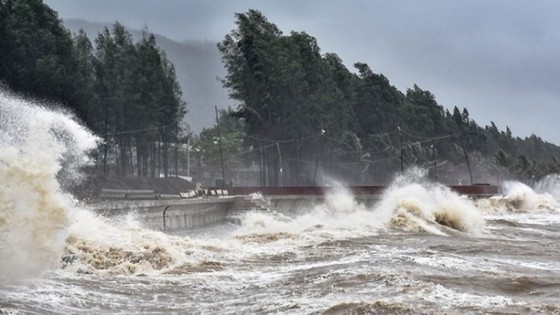 According to the National Center for Hydrology Meteorology Forecasting, a low-pressure zone appeared in Luzon Island, Philippines; and at 7 a.m. on Monday, the system was located at around 13.5-14.5 degrees north latitude and 119.5-120.5 degrees east longitude. In the next 24 hours, it is forecast to slowly move westward and become intensive gradually as a tropical depression and storm respectively.
However, the storm will not enter the mainland but it will be likely to operate in the northern East Sea, causing the bad weather near the Spratly and Paracel Islands next several days.

This morning, the National Steering Committee for Natural Disaster Prevention and Control released an official letter to allow Hoa Binh Hydropower Plant to close a sluice gate, starting at 3 p.m. on the same day. Thus, the hydropower plant only opened a gate to discharge water.