According to the National Center for Hydrometeorology Forecasting, tides are affecting the upstream flood water levels in the Mekong River.

It is expected that the flood level at Tan Chau station in Tien River could be at 1.85 meters and the water level at Chau Doc station in Hau River will raise 1.9 meters in the next three days. 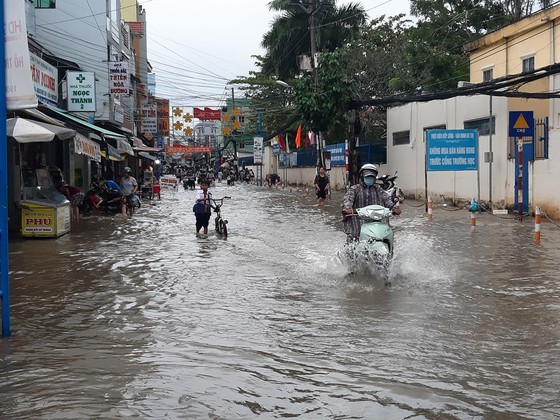 This year’s flood season in the Mekong Delta and rivers of the Southern region will appear from now to November.
The Southern Institute for Water Resource Planning suggested the Mekong Delta provinces monitoring unusual weather fluctuations affecting summer-autumn rice harvest, the autumn-winter rice crop, cultivation of fruit trees and vegetables, the safety of dyke systems and residential areas in the Southern region.

The Department of Crop Production under the Ministry of Agriculture and Rural Development said that the Mekong Delta planned about 700,000 hectares under production for the autumn-winter rice crop in 2021 with an output of more than 3.8 million tons at safe localities from floods.

By Quoc An –Translated by Huyen Huong