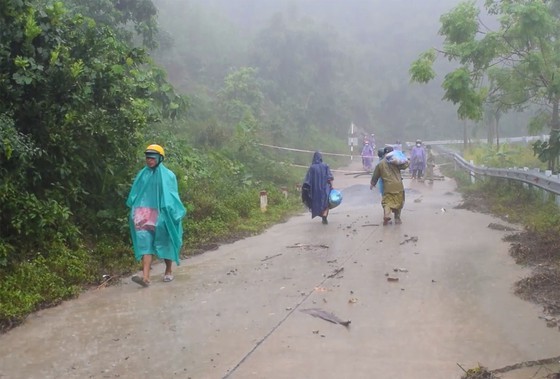 The provinces of Ninh Thuan, Binh Thuan, a part of the Central Highlands and the Southern regions will experience thundery downpours with an average rainfall of 20- 60 mm.

The above-mentioned localities are warned of the potentiality for cyclones, lightning, hail and gusty winds along with risks of flashfloods, landslides and flooding in low-lying and riverside areas.

From tomorrow, the Central, Central Highlands and Southeastern regions are able to suffer from extreme rain. 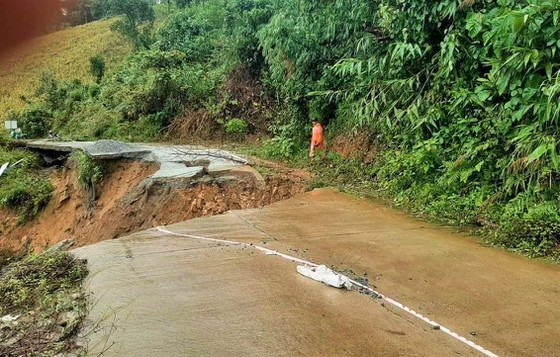 From midnight of October 23 to October 24, intense rains prolonged in almost all of the Central provinces with inundated residential areas and landslides in the mountainous region. Of which, Thua Thien-Hue, Quang Ngai, Quang Nam and Binh Dinh are the most affected provinces by the downpour-triggered landslide and flooding.

On the same day, the National Center for Hydrology Meteorology Forecasting informed that a low-pressure zone had intensified to a tropical depression in the eastern territorial waters of the middle and the southern parts of the East Sea.

The path of a newly- formed tropical depression in the East Sea
As of 4 p.m. on Sunday, the newly- formed tropical depression was about 10.4 degrees north latitude and 115.9 degrees east longitude, about 220 kilometers far from Southwest Cay Island with gusty winds of 40-50 kilometers per hour near the center.
In the next 24-48 hours, the system is forecast to mainly move west-northwest at a maximum speed of 15 kilometers an hour, and then it is expected to develop into a storm.

By 4 p.m. on October 26, the storm will be able to churn in the territorial waters from Binh Dinh to Binh Thuan with the blustery wind of up to 75 kilometers an hour.