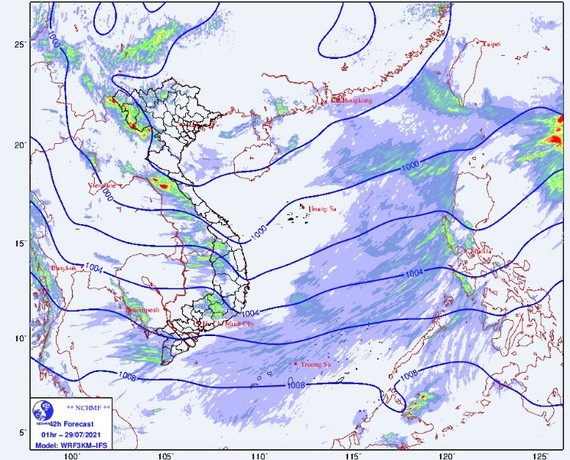 The National Center for Hydrology Meteorology Forecasting issues a waring of  heavy downpours for the Central Highlands and Southern regions, an extreme heatwave for the Central region.
A low-pressure trough in combination with upper-air wind convergence at 5,000 meters above the land surface will trigger thunderstorms and medium-heavy rainfalls of 50-100 mm, high risks of cyclone and lightning in the capital city of Hanoi and the Northern region.

Additionally, flash floods, landslides and serious flooding could occur in the mountainous areas after the tropical downpours.

Meanwhile, a scorching temperature of up to 38 degrees Celsius is warned for the Central region on the large scale. The extreme heatwave is likely to last for the next several days.

By Van Phuc-Translated by Huyen Huong