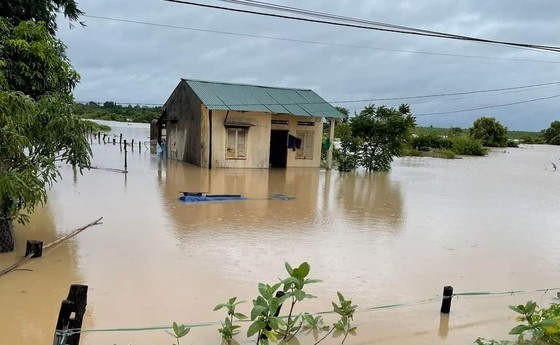 Many houses in Ea Sup District are flooded. (Photo: SGGP)
According to the Dak Lak Hydro-meteorological Center, in the past 24 hours, the province had moderate to heavy rain and torrential rain in some places. The common rainfall was from 40 to 90mm, and over 100mm in some places.

The People's Committee of Dak Lak Province requested relevant units to strengthen supervision of the safe operation of water reservoirs and dams in the province, not allowing unsafe reservoirs to store water.

The Chairman of the People's Committees of districts, towns, and cities must focus on directing the operation of irrigation reservoirs managed by the locality to ensure the safety of works and the downstream areas; strengthen inspecting and reviewing areas along rivers, streams, low-lying, and urban areas, which are at high risk of floods, flash floods, and landslides to proactively organize the evacuation of people when something goes wrong. 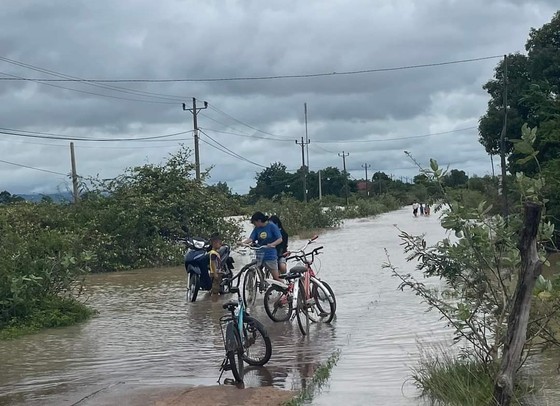