Meanwhile, typhoon Kaitak is approaching the Philippines’ central region with its powerful wind of level 10.

According to the National Hydrology Meteorology Forecast Center, the cold air mass continues strenghthening to hit the country today; and it will operate stronger by this night.

Frost and hoarfrost are warned to appear in the mountainous areas.

By the early morning tomorrow, both north and mid- central region are going to see medium- heavy rain. The lowest temperature in Hanoi could reach at 9-12 degrees Celsius. 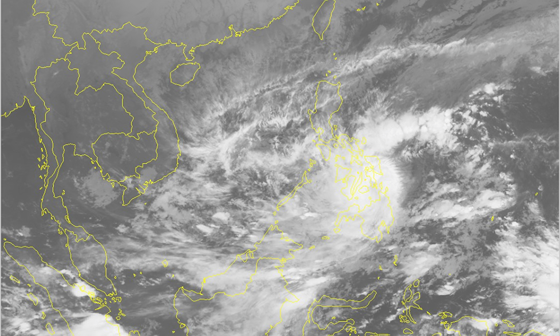 Cold air mass operates powerfully in the country
Typhoon Kaitak was located at 11.3 degrees north latitude and 127 degrees east longitude, at around 200 kilometers of the eastward of the Philippines’ central region with its strongest wind near the center up to 60- 75 kilometers an hour at 7pm yesterday.

Within next 24 hours, the tropical storm is forecast to slowly move the west- northwestward at a speed of 5 kilometers per hour. By 7pm today, its eye will be located at 11.8 degrees north latitude and 125.5 degrees east longitude of the eastward of the Philippines’ central region. The powerful wind near the center will gust 60- 75 kilometers an hour.

Kaitak is predicted to move the westward at a speed of 5 kilometers an hour in next 24- 48 hours.