In the province of Ha Tinh, landslides also affected the traffic situation through the coastal route of Thach Khe-Vung Ang and the coastal military route in Village 1 in the Cam Linh Commune.

38,645 pupils in districts of Ky Anh, Cam Xuyen, Thach Ha and Ky Anh Town had to be absent from their schools yesterday amid the bad weather condition. All students of 14 high schools also switched to online study. 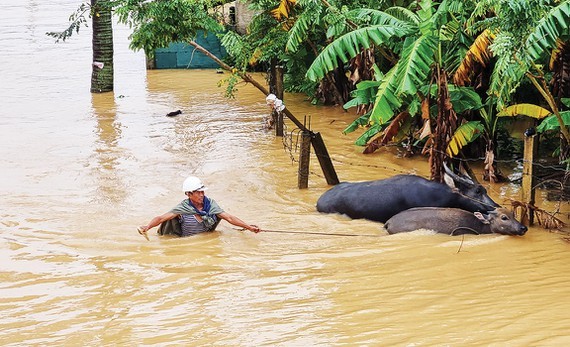 In Quang Tri, the Glory Future cargo ship with the Chinese nationality carrying 20 crew members, including eight Chinese members and 12 Vietnamese people was stranded about two kilometers off the coast of Cua Viet in Quang Tri Province under impacts of big waves and blustery winds yesterday.
In Thua Thien-Hue Province, 17,000 cubic meters of soil and rock along with mud following the landsides collapsed onto road surface at 45 points in the Ho Chi Minh City Highway yesterday. By yesterday evening, the functional forces cleaned up and the traffic situation through the localities was smooth. 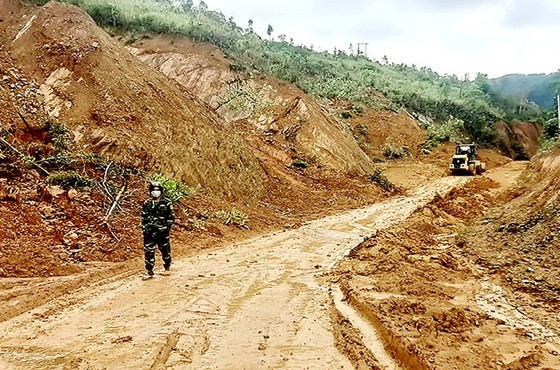 The funtional forces urgently clean up mud, soil and rock following a landslide in Quang Nam Province.
According to the National Center for Hydrology Meteorology Forecasting, heavy rainfalls between 300 mm to 700 mm hit the Central provinces of Ha Tinh to Thua Thien-Hue on October 18.
An increasing cold wave is forecast to bring torrential rains across the Mid- Central region, especially provinces from Nghe An to Quang Tri throughout October 19.