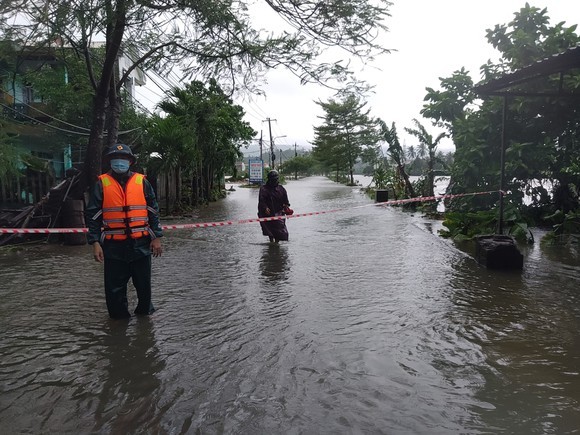 The weather patterns will cause worse weather situations in the East Sea and the mainland provinces of the Southern and South-Central regions.
According to the monitoring stations, the provinces from Thua Thien- Hue to Ninh Thuan are forecast to experience heavy rainfall of up to 273 mm from November 11 to November 16.

In the next two or three days, thundery rains are going to hit the Central Highlands and Southern region.

A torrential rain-induced landslide triggering soil and rock downslope on the road surface of the National Highway 27C caused severe traffic congestion on Nha Trang- Da Lat route on November 11. At 10pm on the same day, the debris was removed and traffic on the route was resumed. Drivers are advised to travel at 30-40km an hour as floodwater from the mountain continues flowing to the road surface and the visibility in the area is limited.