At a ceremony in the outlying district of Dong Anh, Secretary of the Hanoi municipal Party Committee Vuong Dinh Hue told the young men that he believes they will fulfill their tasks as soldiers.

All the young men joining the army this time have been given tests for coronavirus SARS-CoV-2. 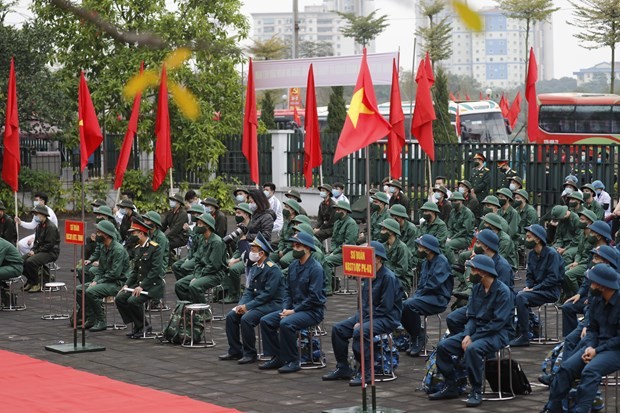 This year, the capital city was assigned to recruit nearly 4,500 young men for military and public security service. Among the recruited, 43 percent have higher education degrees.

Similar ceremonies were organised across the country to see off new recruits, with attention paid to ensuring COVID-19 prevention.

In the central city of Da Nang, more than 1,000 young men set off for military service the same day.

The number of new recruits in localities in Military Zone 5 reached over 19,000. 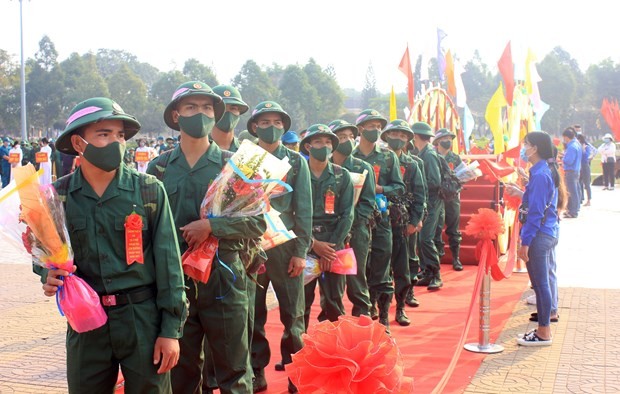 At a ceremony in Kon Tum (Photo: VNA)

In Vietnam, two-year military service is compulsory for young men aged between 18 and 25 years old, while women can volunteer.