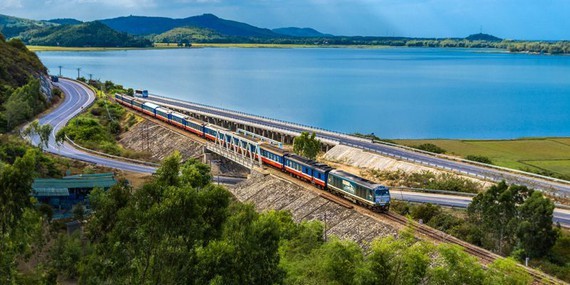 The Nha Trang - Saigon railway section. (Photo: SGGP)
According to the proposal, the project has a total investment of more than VND1.098 trillion (US$47.9 million) funded from the State budget in the medium-term public investment plan for the 2021-2025 period. The project is expected to be implemented in three years, from 2022 to 2025.

The project scope is in the Nha Trang - Saigon section of the North-South railway line, with the starting point at Nha Trang Station (Km1314+930) and the ending point at Saigon Station (Km1726+200), with a total length of about 411 kilometers.

At the same time, the project will repair and upgrade Song Than Station (cargo station); build a new station combined with renovating the railway and synchronous works of Di An Station.