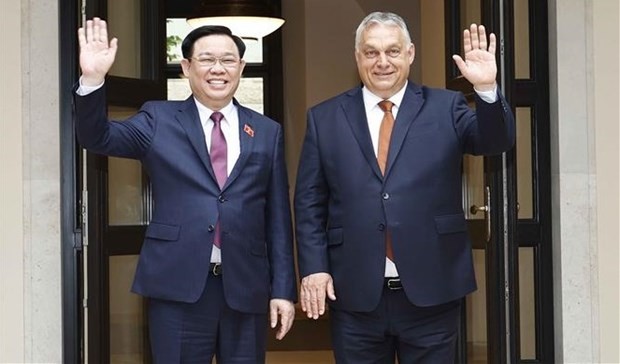 The top legislator made the remarks as he met Hungarian Prime Minister Viktor Orbán on June 28 in Budapest.

Hue said the visit will open up new cooperation areas between the two countries at multilateral or regional forums.

The two leaders concurred that their countries had enjoyed a close-knit, time-tested and loyal relationship, a valuable asset that not many countries have had, so all present and future leaderships and peoples of the two countries should ensure its continuing growth.

The two sides said the relations had been developing in the right direction on all fronts in recent times, especially after the visit by Party General Secretary Nguyen Phu Trong to Hungary in 2018.

Hue thanked Hungary for having prioritised official development assistance (ODA) for Vietnam as well as support in education and training, exemplified by its continued provision of scholarships for Vietnamese students.

He also extended gratitude towards the Hungarian parliament and Government for having actively supported and ratified the Europe-Vietnam Free Trade Agreement (EVFTA), and for being the first to ratify the Europe-Vietnam Investment Protection Agreement. 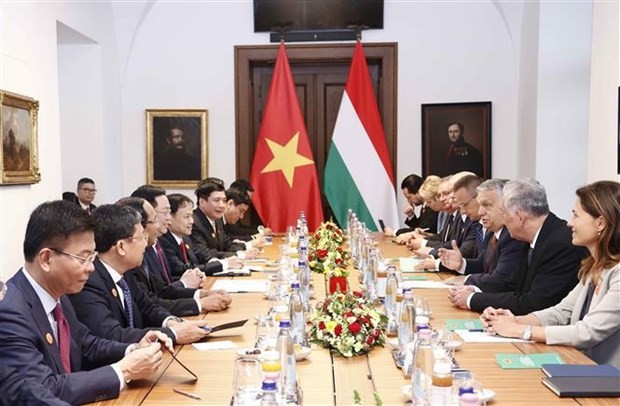 An overview of the meeting between the two leaders. (Photo: VNA)

Hue and Orban also agreed on the commitment to develop two-way trade in a "balanced manner", create favourable conditions for each other's products and services to access the other market, and encourage businesses of the two countries to invest in the other country.

At the meeting, the two leaders shared the stance on handling international disputes and conflicts via peaceful measures in line with international law.