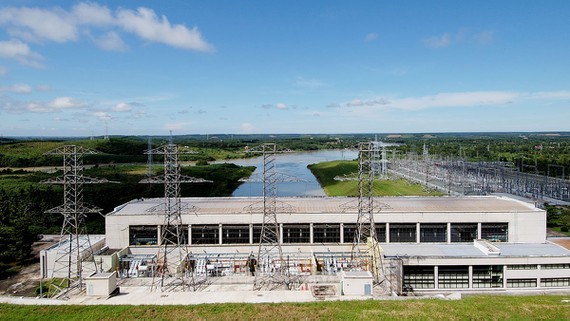 Tri An Hydropower Plant in Dong Nai Province. (Photo: SGGP)
According to a report by the Department of Agriculture and Rural Development of Dong Nai Province, this expansion project invested by Vietnam Electricity (EVN) has a capacity of 200MW and a total investment of more than VND3.7 trillion in the Revised National Power Master Plan No.7 according to Decision No.428/QD-TTg dated March 18, 2016, of the Prime Minister approving the adjustment of the National Master Plan for Power Development for the 2011-2020 period, with a vision to 2030.

Vice-Chairman of the provincial People's Committee Vo Van Phi requested the investor to accurately review the area of forest and forest land to convert following the land use planning and the land use plan of Vinh Cuu District, and supplement the necessity, socio-economic efficiency, and environmental impact of the project.