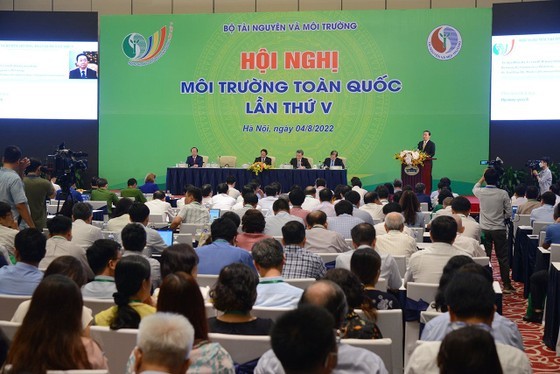 At the meeting
The UN leader said he is impressed by socio-economic achievements of Vietnam, especially the country’s post-pandemic recovery.
Ngoc, who is in New York for the Tenth Review Conference of the Parties to the Treaty on the Non-Proliferation of Nuclear Weapons, affirmed that the UN is a reliable partner for the causes of peace, co-operation, and development, with the international body always accompanying Vietnam through its national development stages.
The Deputy Minister also reiterated the invitation by State President Nguyen Xuan Phuc to the UN Secretary-General to visit Vietnam at the earliest opportunity.
Guterres affirmed that he will visit Vietnam this year.
Regarding regional and international issues of concern, the two sides agreed to continue enhancing multilateralism, uphold international law, and promote ASEAN-UN co-operation, as well as ASEAN's role in the regional security architecture. This includes maintaining peace, stability, security, safety, and freedom of navigation and overflight in the East Sea, while peacefully settling disputes on the basis of international law, especially the 1982 UN Convention on the Law of the Sea (UNCLOS).
On the sidelines of the conference, Deputy Minister Ngoc also held bilateral meetings with representatives from Caribbean and developing countries. In addition, he is scheduled to hold meetings with the Assistant Secretary-Generals and UN leaders in charge of political, security, and legal affairs.