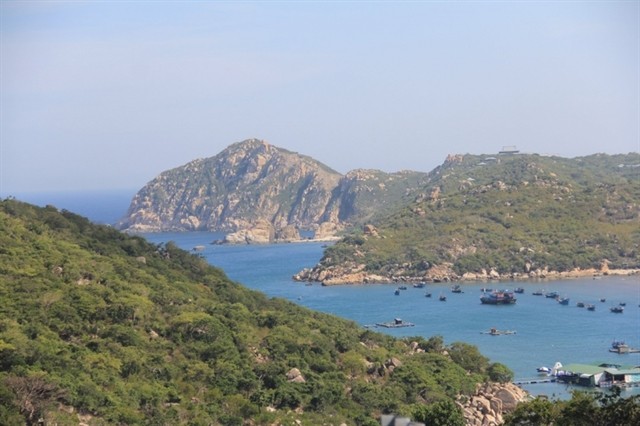 Part of the Nui Chua Biosphere Reserve in the south-central province of Ninh Thuan. (Photo courtesy of the Ministry of Foreign Affairs)
The two biosphere reserves located in the central province of Ninh Thuan and the Central Highlands province of Gia Lai, respectively, officially became world biosphere reserves at the 33rd session of the International Coordinating Council of the Man and the Biosphere Program (CIC-MAB) in Nigeria from September 13-17.

The event takes place in both online and offline forms marking the first time an annual meeting of CIC-MAB has been organized in an African country.

The two Vietnam wildlife areas were among 22 other candidates of 20 countries and groups of countries seeking UNESCO recognition at the event.

Le Thi Hong Van, Ambassador and Vietnam’s permanent representative to UNESCO, said Vietnam was the only country with two dossiers approved immediately from the first round. After six years, the country has had new biosphere reserves cited in the world list.

On this occasion, CIC-MAB also reviewed Vietnam's 10-year periodical reports on management and development of Can Gio World Biosphere Reserve and Cu Lao Cham - Hoi An. These reports had been highly appreciated by the council.

Nui Chua Biosphere Reserve in Ninh Thuan Province is a typical ecosystem in Southeast Asia, with a natural area of 29,856ha. Its core area of Nui Chua National Park is converging three natural areas of forest, sea and semi-desert, including many rich and diverse ecosystems.

This is living the habitat of more than 1,500 plant species, including 10 endemics and 54 races recorded in the Vietnam Red Book and the World Red List. The fauna is also very rich with 756 species of wild animals, over 350 of coral, and hundreds of marine animals. 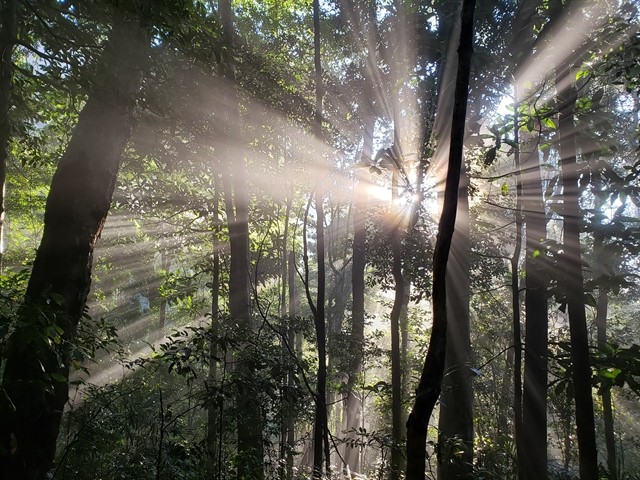 Kon Ha Nung Plateau Biosphere Reserve in the Central Highlands province of Gia Lai.
Nui Chua sea is also a rare place on the mainland where sea turtles come to lay eggs every year and are currently protected.

One of the special features of Nui Chua National Park is that this area has a dry and hot climate similar to many places in Africa (the highest temperature is approximately 42 degrees Celsius). Therefore, this place is also called "Phan Rang Dry Forest".

The harsh climate and diverse topography have created a standard for the most typical and unique dry forest ecosystem of Vietnam and Southeast Asia.

The reserve has a closed subtropical humid evergreen forest ecosystem that remains relatively intact. It boasts high biodiversity, typical for forest ecosystem, forest flora and fauna in the Central Highlands.

The Biosphere Reserve also plays an important role in fostering socio-economic development and maintaining ecological balance of the Central Highlands and the Central and Southeast regions.

In addition, the two Biosphere Reserves both contain rich and unique cultural heritage treasures with many outstanding features of tangible and intangible cultural values of ethnic minority groups living there.