The center forecast in the next 24 hours, tropical low-pressure system will move westward, at about 20km per hour.

On December 29, it will be at 11.6 degrees north latitude, 122.5 degrees east longitude on the central part of the Philippines. The strongest wind near the center will be from 50 to 60km per hour, level 7.

In the next 24 to 48 hours, it will continue to moving westward, at 20km per hour then heading to the East Sea. 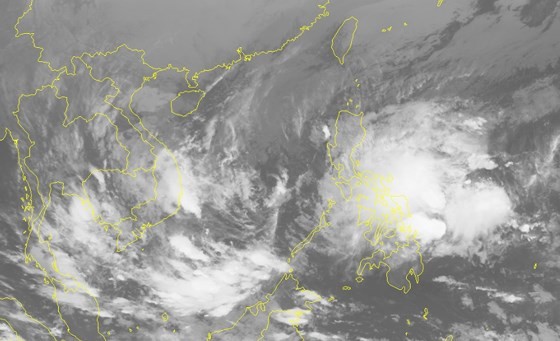 The direction of the tropical low-pressure system

On December 30, the center of the tropical low-pressure is expected to be 420km from Song Tu Tay Island (Truong Sa Archipelago) in the east with wind speed at 50 to 60 km per hour.

Tonight and tomorrow, torrential rains will hit the southern area of the East Sea (including Truong Sa Archipelago) with strong winds at level 6 and 7.

Due to the impacts of cold wave, the Tokin Gulf and the northern area of the East Sea including Hoang Sa Archipelago) will have strong wind, rough waters which are forecast to last 5 to 7 days.