It was recorded that from the night of January 28 to the morning of January 29, on the Trung Luong - My Thuan Expressway, vehicles have to move slowly due to a large number of vehicles. Especially, at the exit of the Trung Luong - My Thuan Expressway in An Thai Trung Commune, Cai Be District, Tien Giang Province, connecting National Highway 30 to head to Cao Lanh City in Dong Thap Province and National Highway 1A to return to My Thuan Bridge, thousands of cars were congested for more than 5 kilometers.

Traffic police are on duty all day to regulate traffic at these intersections. However, vehicles from Trung Luong - My Thuan Expressway, when turning to An Thai Trung fork to turn right onto National Highway 1A, have to stop at the red light for too long. Meanwhile, the number of vehicles in the opposite direction from Cao Lanh City to National Highway 30 to enter the Trung Luong - My Thuan Expressway to go to HCMC met the traffic flow from the expressway, causing traffic jams at An Thai Trung fork for a long time. 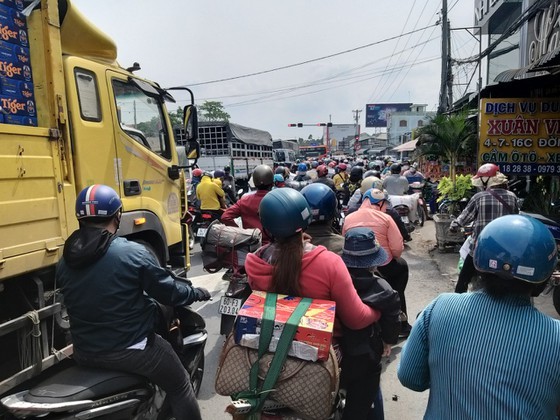 Earlier, on the evening of January 27, the traffic jam at An Thai Trung fork also lasted for a long time, taking traffic police many hours to regulate traffic and ensure traffic safety in the area.

Mr. Thuong Quang Thuan, Director of Sub-Department IV.3, said that the stoplight signal at An Thai Trung fork had also been temporarily resolved. 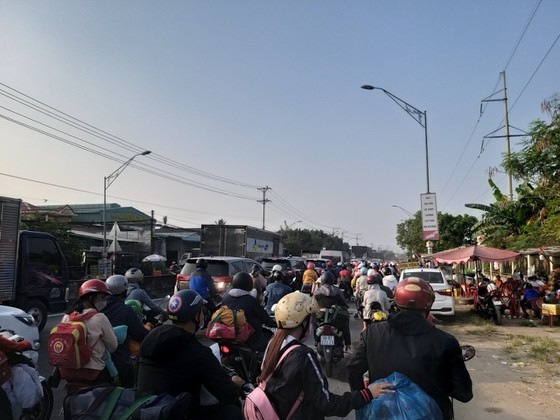 Accordingly, depending on the situation, the traffic police will adjust the countdown timer manually to suit directions to relieve traffic flow and avoid traffic congestion at An Thai Trung fork.

On the morning of the same day, at National Highway 1, the section at Tan Huong Bridge in Tien Giang Province, vehicles from HCMC to Western provinces were quite crowded, causing traffic jams locally. Local traffic police were promptly present to regulate traffic on the above road.