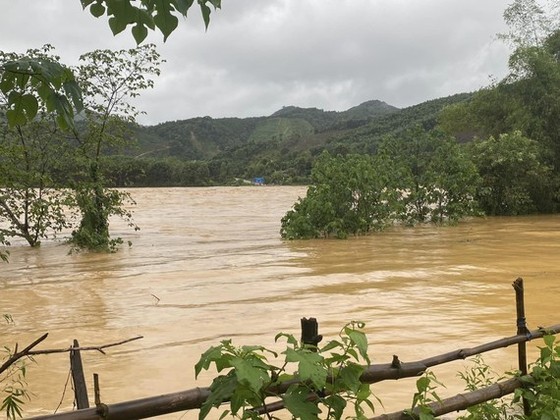 The river water level rises in Ha Tinh Province. (Photo: SGGP)
Specifically, besides 160 collapsed houses, 3,364 were damaged and unroofed, and 7,346 were inundated.

Regarding agriculture, 874 hectares of rice, 4,455 hectares of crops, and 3,040 hectares of aquatic products were submerged; 5,372 trees were fallen. The downstream roof of Hoc Coi Dam in Nghe An Province, 500 meters of a canal in Ha Tinh Province, 1,000 meters of dykes and sea embankments, and 12 dams and water reservoirs were eroded and damaged.

According to the inspection, 2,660 meters of coastline and 1,040 meters of riverbanks in Thua Thien - Hue and Ha Tinh provinces have been eroded. Rainstorms and floods have killed and washed away 1,724 cattle and 20,292 poultry. 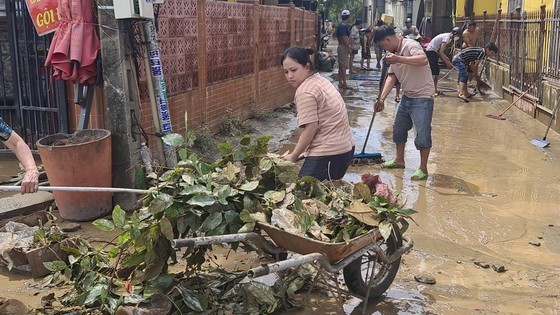 People in Hoi An clean up mud after floods. (Photo: SGGP)
Out of a total of 10,510 substations that lost power temporarily, by the afternoon of September 29, localities had finished repairing them. There is still one 110kV transmission line in Quang Nam Province, which continues to be repaired to restore power in 147 communes.

According to weather monitoring, the provinces from Thanh Hoa to Ha Tinh had heavy rain from 150-300mm, causing floods and flooding on a large scale, especially in Nghe An Province. Three people died or went missing due to passing spillways and fishing in deeply flooded areas.

It is forecasted that heavy rains will continue on September 29 to 30, so floods on the Ngan Sau and Ngan Pho upstream rivers will reach alarming level 3. Therefore, localities in the North Central region must evacuate people from areas at high risk of flooding, flash floods, and landslides.

In the past two days, more than 140 households with 500 people in Tu Tho Village, Tu Mo Rong District, Kon Tum Province, have been isolated because the only path leading to the village is blocked. To escape isolation, hundreds of people have joined hands to clear the way.

People in Tu Tho Village join hands in clearing the only way leading to the village. (Photo: SGGP)
Previously, on September 28, heavy rains caused landslides with a volume of 1,000 cubic meters of soil and rocks at ten points on the only road leading from Te Xang Commune to the village. 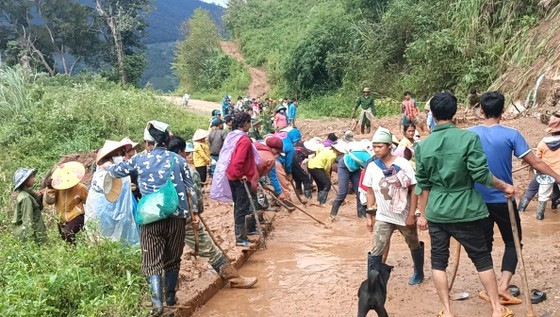 People in Tu Tho Village join hands in clearing the only way leading to the village. (Photo: SGGP)
A Bu, a resident in Tu Tho Village, said that when local authorities mobilized him to clear the blocked road, he felt that it was the right thing to do because, after nearly two days of isolation, children could not go to school. 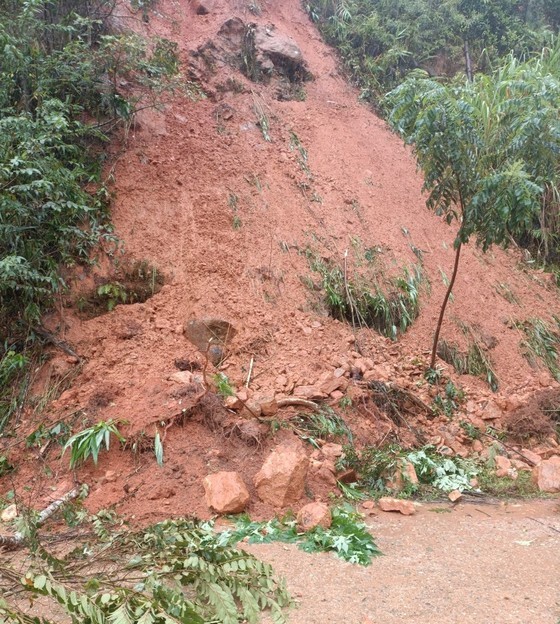 Landslides block the only road leading to Tu Tho Village. (Photo: SGGP)
According to Mr. A De, Chairman of the People's Committee of Te Xang Commune, for nearly two days of isolation, as rains had stopped, the commune leaders called on people to join in clearing the route. Due to a large volume of landslides, the commune will temporarily create a path so that if people get sick, they can take them to the hospital or transport food to the village. 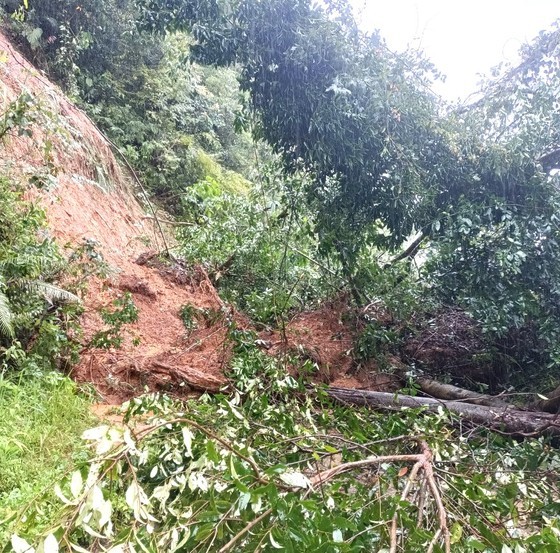 Landslides block the only road leading to Tu Tho Village. (Photo: SGGP)
Mr. Vo Trung Manh, Chairman of the People's Committee of Tu Mo Rong District, said that Storm Noru caused many roads to be blocked, causing isolation in many residential areas. After the incident, the district mobilized all forces to overcome the situation. Thanks to that, the three communes of Mang Ri, Dak Sao, and Dak Na are no longer isolated. Currently, only Tu Tho Village remains unreachable. At present, local people and authorities are striving to clear the way. 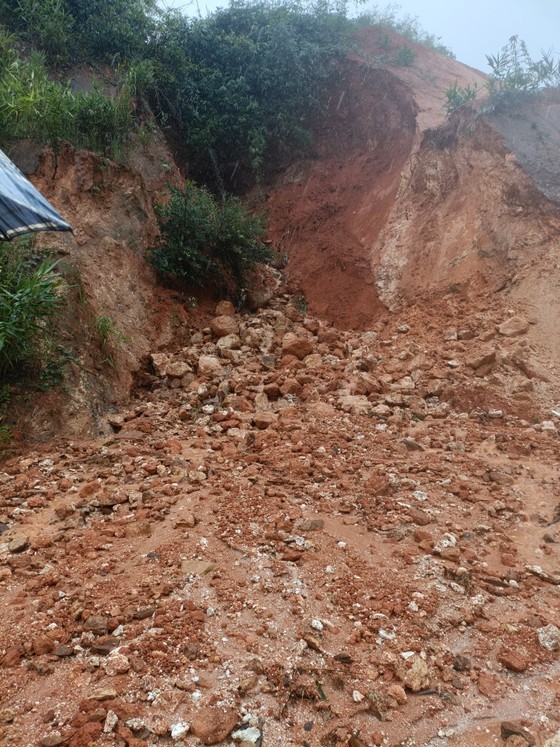 Landslides block the only road leading to Tu Tho Village. (Photo: SGGP) 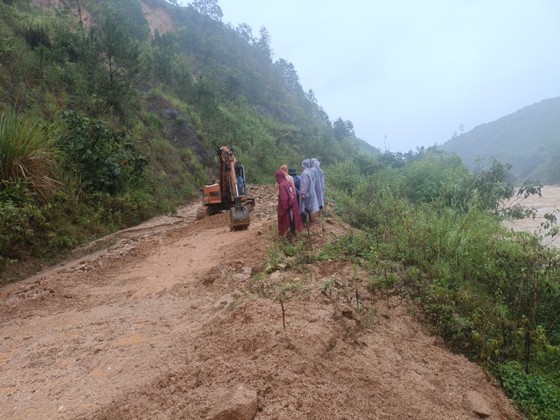 People clear the only road leading to Tu Tho Village. (Photo: SGGP)