Due to the impact of low-pressure system, the north part of Tokin Gulf will see torrential rains and thunderstorms. In the district island of Bach Long Vi and Co To will experience strong wind at level 6 to 7. 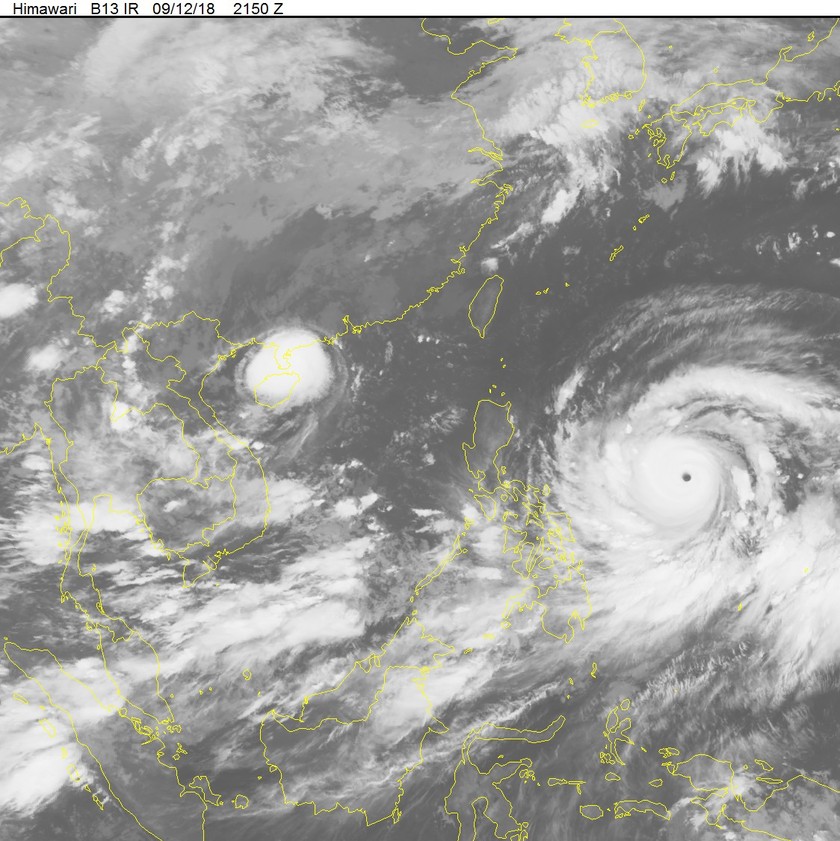 The National Center for Hydro Meteorological Forecasting said a super typhoon –Mangkhut centered at 14.5 degrees north latitude, 131.4 degrees east longitude, 1100km from the Philippines’ Luzon Island in the east eastern south. The strongest winds near the typhoon is expected to reach at level 17, at 200 to 220km per hou, this morning.

The center predicted super typhoon will move towards west west north, at 20km per hour in the next 24 hours. On September 14, super typhoon will center at 15.6 degrees north latitude, 127.0 degree east longitude, 550km from the Philippines’ Luzon Island in the east eastern south.

On September 15, super typhoon will move west west north, at 25km per hour and heading the east northern part of East Sea.

Super typhoon Mangkhut is forecast to be weakened as it enters near China’s Hainan Island however the northern and north central region will be effected by the typhoon on September 17 and 18.