The conclusion was issued on May 18 to continue the implementation of the 12-tenure Politburo’s Directive No. 05-CT/TW dated May 15, 2016 on enhancing the studying and following of President Ho Chi Minh’s ideology, morality and lifestyle. 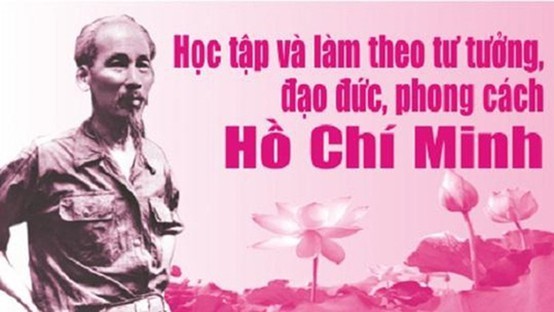 Over the past five years, the campaign has played a role in preventing and containing the degradation of political ideology, morality and lifestyle, and the phenomena of “self-evolution” and “self-transformation” within the Party, refuting wrongful and hostile views, and consolidating the public’s trust in the Party, State and socialism.
The Politburo said that such achievements have contributed to the success of the 13th National Party Congress and the cause of reform (doi moi) and national construction and defence.
To better the implementation of the Directive, it ordered raising the awareness of officials and Party members about the content, value and significance of the President’s ideology, morality and lifestyle.
His ideology and Marxism-Leninism have served as an ideological foundation and lodestar for the Party’s activities, it continued, describing President Ho Chi Minh’s ideology, morality and lifestyle as a great source of momentum and power for the entire Party, army and people to sail through difficulties and challenges, and successfully materialise the Resolution adopted at the 13th Party Congress and all revolutionary tasks in the new period.
Studying and following President Ho Chi Minh’s example should go in tandem with Party building and rectification in each locality and agency, according to the Politburo.
It emphasised the role of setting examples by officials and Party members, particularly leaders, firstly members of the Politburo, the Secretariat and Central Committee of the Party.
Another task is to revamp communications methods, especially among young generations and overseas Vietnamese, while promoting role models in the campaign.
The Politburo requested renewing and improving the quality and efficiency of the study, application and development of Marxism-Leninism and President Ho Chi Minh’s ideology, in order to satisfy requirements of national construction and defence in the new setting.
More attention should be paid to inspections and supervisions over the implementation of the Directive as well as the Resolution adopted at the fourth plenums of the Party Central Committee (11th and 12th tenures) on Party building and rectification, the Politburo said.
Any violations by Party organisations and members and officials must be strictly handled, it noted.