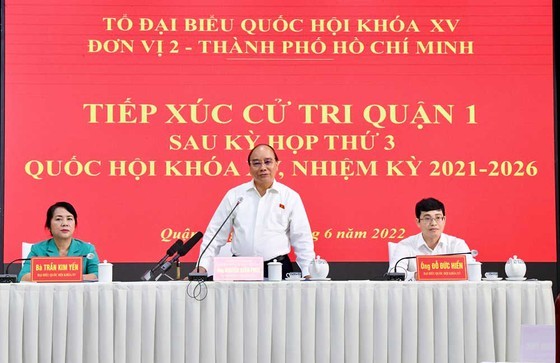 The voters raised a number of issues, including some 1,400 healthcare professionals at state-owned hospitals and health facilities quitting their jobs due to low income, preferential treatments for medical workers, criminal wrongdoings in the health sector and leadership at hospitals, expansion of visa exemption to more countries to boost tourism recovery, the slow progress of the expressway system that hinders the Southern region’s economic development, the heat of sharp rise in fuel prices, school violence, depression and suicide ideation among students, urban environmental problems. 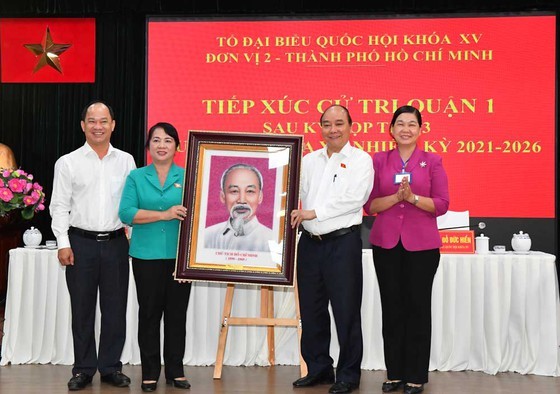 State President Nguyen Xuan Phuc presents a portrait of President Ho Chi Minh to District 1.
On behalf of the city’s leaders, Chairman of the HCMC People’s Committee Phan Van Mai extended his sincere thanks to citizens, including District 1’s residents, for their support to the city’s fight against the Covid-19 pandemic.
He affirmed that the municipal government will receive voters’ opinions and suggestions on the city’s social, economic, and cultural development.
Since the outbreak of the Covid-19 epidemic's fourth wave, health care must be a priority. The HCMC People’s Committee has delegated competent departments and units to implement the physical and mental health care project, he added.
The city’s chairman hoped that organizations, including religious units will join hands with the local authorities to support the project. 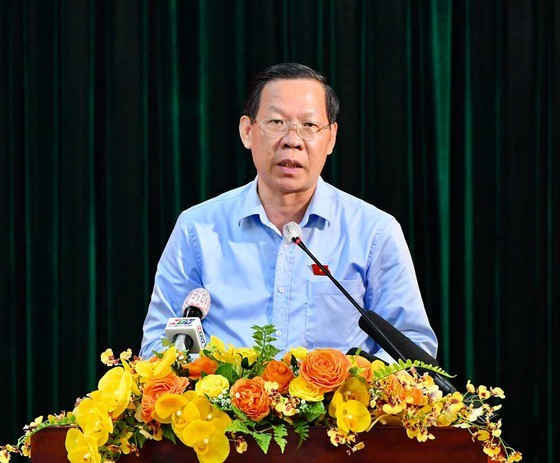 Chairman of the HCMC People’s Committee Phan Van Mai speaks at the meeting.
State President Nguyen Xuan Phuc highly appreciated the strong recovery of the socio-economic development of HCMC after the Covid-19 pandemic thanks to the efforts and solidarity of the political system, businesses and people of the city.
District 1 is home to many talents, including businessmen and intellectuals who are expected to contribute opinions to the district, the city particularly and the country in general, he said.
The State President asked HCMC to continue to improve healthcare facilities at all levels, issue preferential policies for medical workers and strictly impose fines for violations of officials in the health sector. 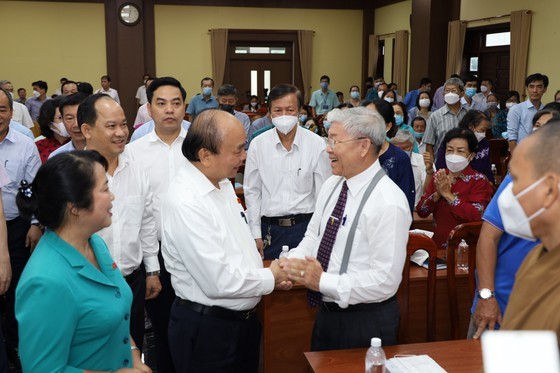 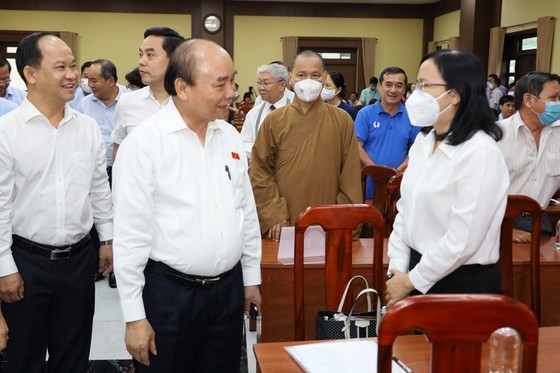