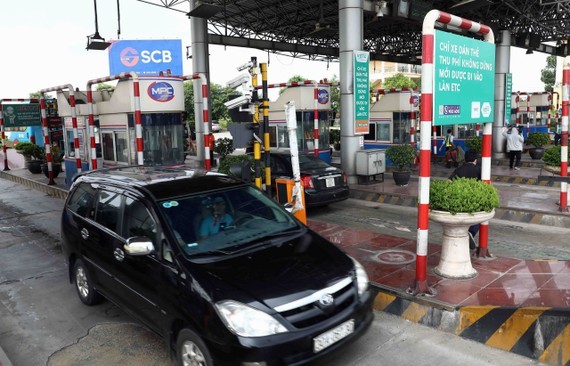 At the Ho Chi Minh – Long Thanh – Dau Giay expressway, the traffic situation was reportedly improved on the morning of August 7 over the end of July and the beginning of August. The number of automobiles tagging ETC cards reached 99.24 percent at the Long Thanh toll collection station in Dong Nai Province. However, the congestion also happened when hundreds of trucks and automobiles got in line to pass through toll collection at National Highway No.51.
At the toll collection stations on Hanoi Highway and Phu My Bridge in Thu Duc City, the traffic situation are also stable without acute congestion; however, some vehicles were recharged fee even though they did not travel through the stations. 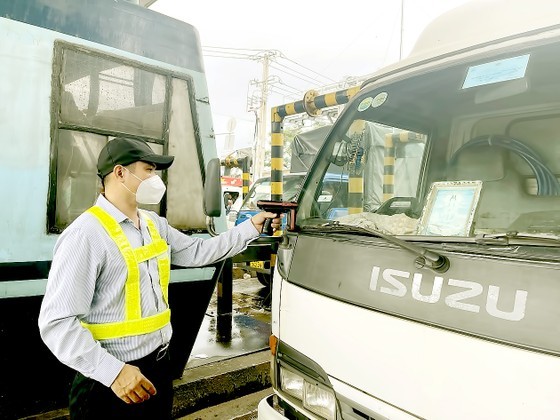 In the Northern region, the transport situation at the toll stations was stable.
Compared to the first days of the ETC implementation, there currently are around 10 to 15 percent of the number of vehicles tagging ETC cards but had not deposited money to the accounts. However, the system also recorded errors and incidents while vehicles passed through the stations.

Head of the Vietnam Automobile Transportation Association Nguyen Van Quyen said that there are only regulations on handling violated vehicle owners but there have not had any handling regulations on service providers.

The highest legal basis for the ETC toll collection is the Decision No.19/2020/QD-TTG of the Prime Minister on non-stop electronic toll collection. The Ministry of Transport is considering lifting the decision to the decree which will comprehensively regulate the relationship among the parties involved in ETC operations to handle the arising errors and incidents.

The Directorate for Roads of Vietnam and the Traffic Police Department agreed to create the most favorable conditions for vehicle owners. Vehicles without tagging ETC cards or depositing enough balance will be promptly supported at the stations.

When the systems work smoothly, vehicle owners will be strictly handled in accordance with the regulation if  they fail to perform the relevant requirements.


By SGGP- Translated by Huyen Huong