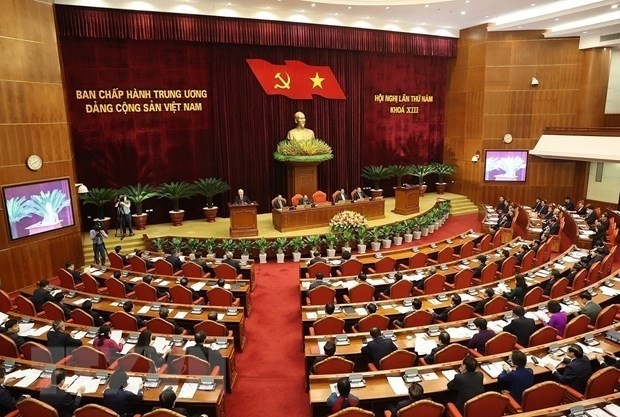 A meeting of the Party Central Committee (Photo: SGGP)
The participants will opine and make decisions on reports and projects on major issues relating to the country’s socio-economic situation and state budget in 2022, the socio-economic development plan and state budget estimate for 2023, and the state finance-budget plan from 2023 to 2025.
They will also look into orientations for the national master plan in 2021-2030, with a vision towards 2050, the cause of national industrialisation and modernisation by 2030 with a vision towards 2045, and the building and perfection of a rule-of-law socialist State in the new period.
The committee is scheduled to review the 15-year implementation of the resolution adopted at the fifth plenum of the 10th Party Central Committee on further reshuffling the Party leadership over operations of the entire political system, and discuss other important issues.
The meeting is intended to basically complete the implementation of major tasks and contents set in resolutions of the 13th National Party Congress.
It will last until October 9.