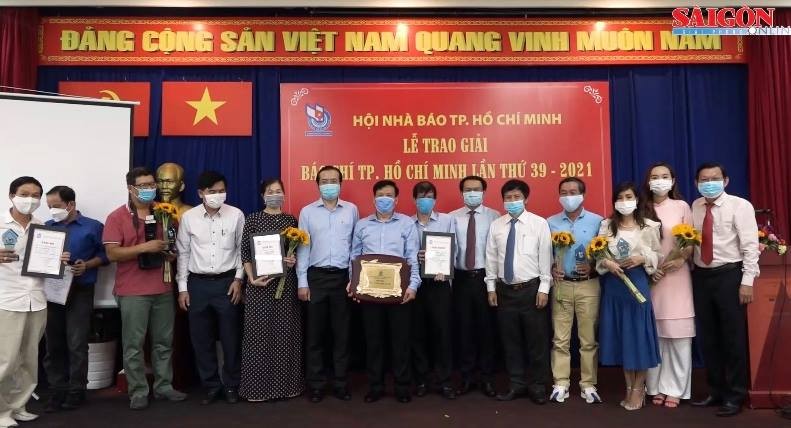 The SGGP Newspaper won eight awards, including one first prize, three second prizes, three third prizes and one encouragement prize in the categories of photographic reporting, political commentary, investigation and documentary, interview and group work.
The annual award ceremony of the HCMC Press Awards 2021 has not been held due to the complicated situation of Covid-19 pandemic. Winners receive prizes at their offices.
Regarding to award-winning articles, Deputy Editor-in-chief of the SGGP Newspaper, journalist Hong Lam said that the newspaper fouces on strengthening the quality of stories and properly selected submissions for this year’s Press Awards.
The newspaper has aslo made preparations for competition in the next year with more entries than this year, paying attention to the development of various themes and social issues to enhance propagandism of a Party’s newspaper, he added.
Veteran journalist Pham Hoai Nam who won the second prize in the category of political commentary for the article series on negative effects and bad news on social media platforms that can influence users, especially young people said that his stories aim to provide readers a comprehensive view of the subjects and combat it.