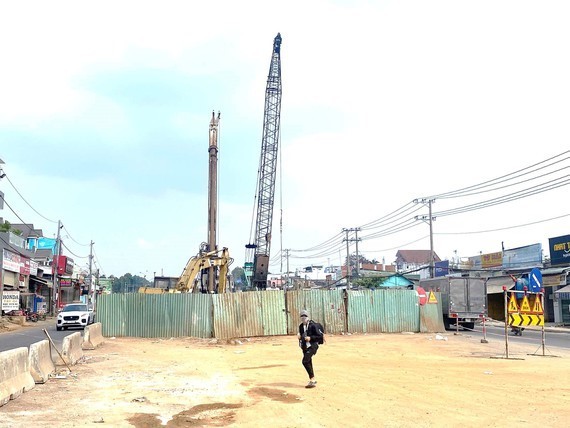 Delays in the overpass construction escalated initial budgets
The Dong Nai People’s Committee up to now has issued decisions on the land acquisition and approved compensations worth over VND944 billion (about US$40.8 million) for 17 out of 18 organizations affected by the airport construction, on an area of more than 1,800 hectares.

However, some 177 households have not handed over the site, while multiple others own lands with unknown origins or no legal documents, leading to delays in the whole site clearance process.
Meanwhile, the site clearance cost and total investment of the overpass construction project at Dau Giay intersection escalated to nine times the original estimate due to delays in site clearance caused by civil conflicts.
In light of the situation, the Dong Nai Province People’s Committee assigned relevant units to promptly handle the compensation and handover process by confirming the origin of land, houses, structures and prepare compensation and support plans within March 2021.