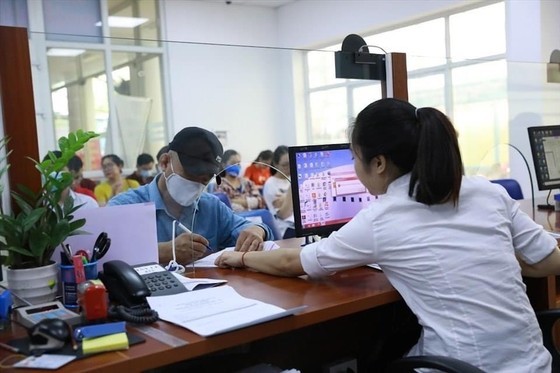 The social security unit is confirming documents for laborers requesting the rent support.

Compared to the estimated quantity of 3.4 million laborers entitle to this financial support of VND6,600 billion in total ($282 million) from the national budget, the confirmed cases account for nearly 99 percent. However, the progress of rent support distribution in localities is extremely slow (only one-tenth of the confirmed figure).

In July, Deputy Prime Minister Le Minh Khai directed the People’s Committees of all provinces and municipalities urgently finish this task. Recently, Prime Minister Pham Minh Chinh also requested that the Ministry of Labor, Invalids and Social Affairs, the Ministry of Finance, and related state units immediately identify the reason for this tardiness and address it.

The most prominent excuse for this delay seems to be that many localities and businesses fear they could do wrong while others purposely make it complicated for needy laborers to receive this support. An eligible profile just needs a copy of the house rent contract certified by the landlord, but certain local authorities asked laborers to also include its certified temporary residence confirmation or other similar papers.

Although this is such a humane policy by the State, local authorities themselves are turning it into a complex process, greatly discouraging needy people and thus severely affecting their life as well as their trust in the Government and its supporting policies.

The Vietnam General Confederation of Labor, which has proposed this policy, has recently released a formal dispatch to ask for an acceleration of rent support distribution to release the financial burden off poor laborers during this economically unstable time.