The Ministry of Transport approved the project with two phases. Of which, the first phase located on the National Highway No.60 connects Tien Giang and Ben Tre Province.

The second phase worked on upgrading and expanding four stretches on the National Highway No.60 running from Rach Mieu Bridge to Co Chien Bridge. 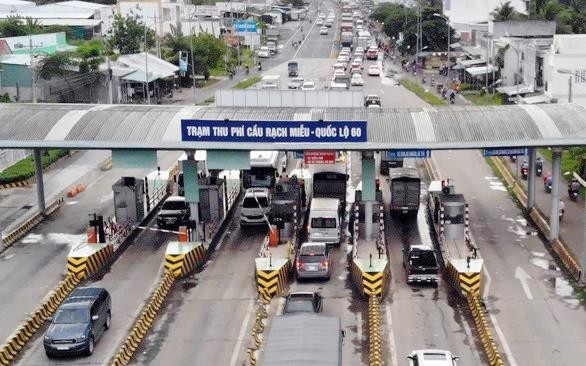 According to the contract between the Rach Mieu Bridge BOT Company and the Ministry of Transport, the toll collection period for the first phase extends 13 years and six months. After that, the Rach Mieu BOT toll station continues to collect toll in the second phase from July this year until February 2029 (seven years and seven months).
Currently, there are nearly 20,000 turns of automobiles traveling through Rach Mieu Bridge on average a day and the number increases over 30 percent on holidays.

After a decade of operation, the Rach Mieu Bridge BOT project has shown effectiveness and created a smooth transportation route for people, contributing to the socio-economic development of the coastal localities in the Mekong Delta.