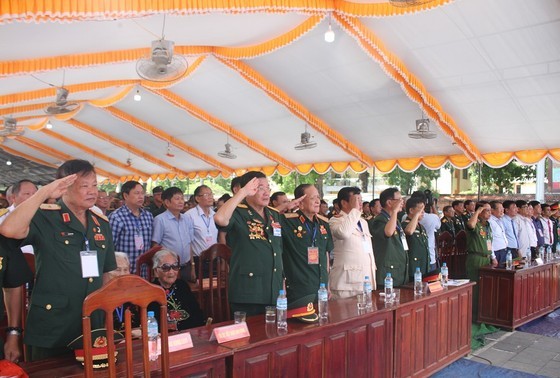 At the ceremony paying tribute to fallen soldiers
The ancient Quang Tri Citadel and Thach Han River is regarded as a cemetery of thousands of martyrs who died during the fierce 81-day-and-night battle of the anti-American War during the summer of 1972. An estimated 328,000 tons of bombs were dropped on the old citadel and the town.

In the evening of the same day, Quang Tri ancient citadel's veterans association and the Vietnam Buddhist Sangha Central Committee held a requiem and released more than 7,000 floating lanterns to commemorate and pay tribute to fallen soldiers who laid down their lives on battlefields in Quang Tri Province during the resistance war against the US