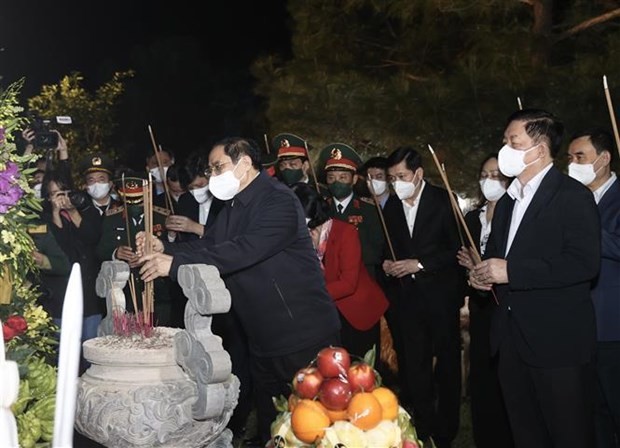 Paying respect to the eldest brother of the Vietnam People's Army, the legendary General of the Vietnamese nation, and the world famous General, the delegation expressed their gratitude to the late General, who devoted his whole life to the glorious revolutionary cause of the Party and nation.

General Vo Nguyen Giap, whose real name is Vo Giap (alias Van), was born in Loc Thuy commune, Le Thuy district, Quang Binh province in 1911.  He passed away in Hanoi in 2013 at the age of 103.

He once served as a Politburo member, Secretary of the Central Military Commission, Standing Deputy Prime Minister, Minister of National Defence, Commander-in-Chief of the Vietnamese People's Army and a National Assembly deputy from the first to seventh tenures.

The General, whose military career starting with his appointment to lead the first Vietnamese revolutionary army unit with only 34 soldiers in 1944, led the Vietnamese people's army from victory to victory during the resistance war against French colonialists and then American imperialists.