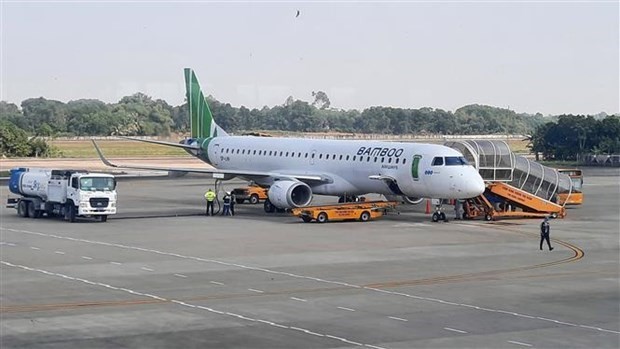 Illustrative image (Photo: VNA)
Under the deal, the airline will purchase GENx engines, which will be delivered next year, to power its Boeing 787-9 Dreamliner aircraft and a maintenance package for its Boeing 787-9 fleet.

The fleet will be used on planned non-stop routes between Vietnam and the US.
The same day, the carrier announced the launch of its Vietnam – US direct route.
If conditions permit, the flight service will begin in early 2022 with three weekly flights initially. Given the market demand, the capacity could increase to five or seven flights per week.
Initially, the airline will run flights linking Tan Son Nhat and San Francisco international airports. In the long term, it also plans to operate flights to both San Francisco and Los Angeles international airports in California state.
With the debut of the official ticket agent and linkage with the US partners, Bamboo Airways saw that it is time to make new strides in effectively tapping routes linking the two continents, contributing to boosting trade and meeting demand for travelling between the two countries.