Built in 1958, the cemetery is the resting place of 645 soldiers who laid down their lives during the 56 days and nights of the Dien Bien Phu Campaign in 1954. 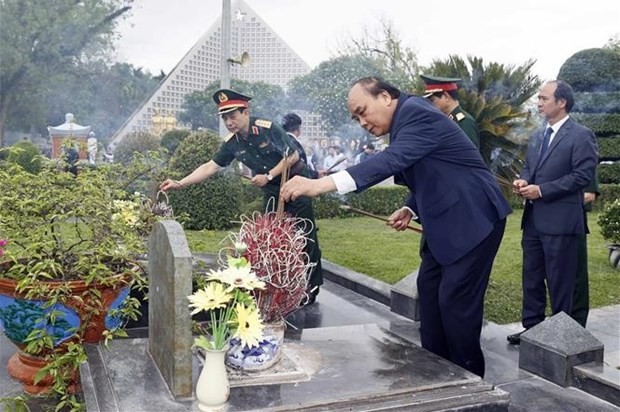 The President visited the Dien Bien Phu victory museum, which houses Vietnam’s first ever panorama painting of the campaign.

The painting is the largest one in Southeast Asia and among the biggest three in the world. It was the joint work of nearly 200 painters, architects, composers and technical experts. 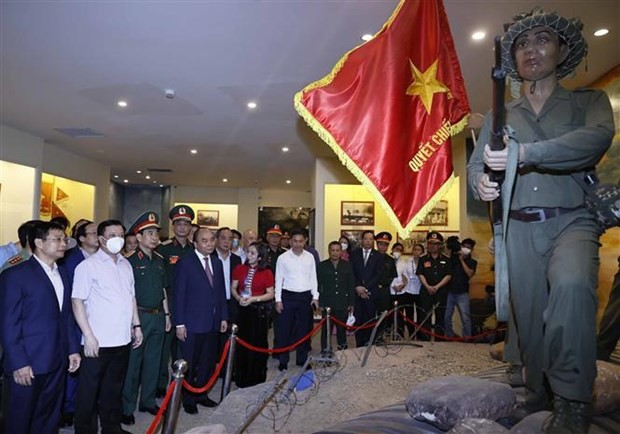 President Phuc expressed his hope that the museum will continue to collect exhibits and tell stories on the famous military campaign via modern technologies, thereby turning itself into an attractive tourist destination and bolstering patriotism among Vietnamese generations.

Presenting nearly 160 gift packages to war veterans in the province, he voiced his gratitude to war veterans across the country and those who directly fought in the Dien Bien Phu Campaign in particular. 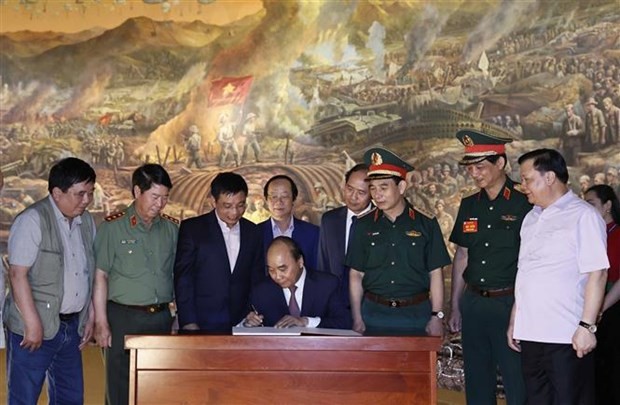 President Phuc writes a note to the museum. (Photo: VNA)

The President affirmed that the Party and State always pay close attention to the care for war veterans and invalids, families of war martyrs and people who rendered services to the nation and their families, noting with satisfaction that many of them greatly contributed to the socio-economic development of their localities and the country. 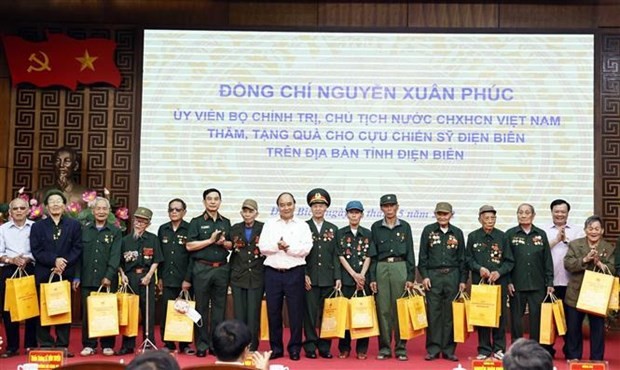 He took the occasion to asked leaders of localities with a large number of war veterans nationwide to support and improve their living conditions.