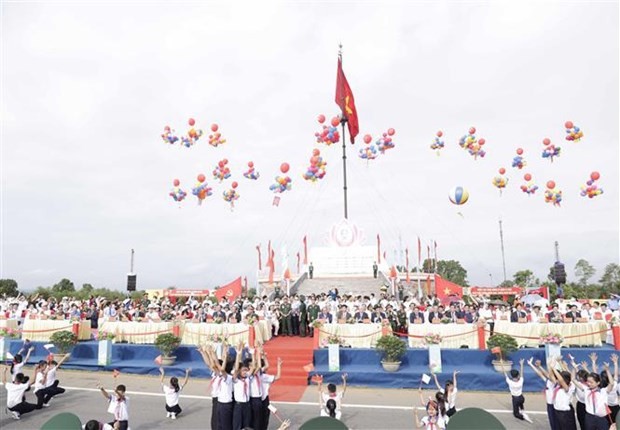 At the event (Photo: VNA)
The event also drew the participation of heroic mothers, war veterans, locals, and tourists.
After the ceremony, a military parade and a boat race on Ben Hai River took place, among other activities. 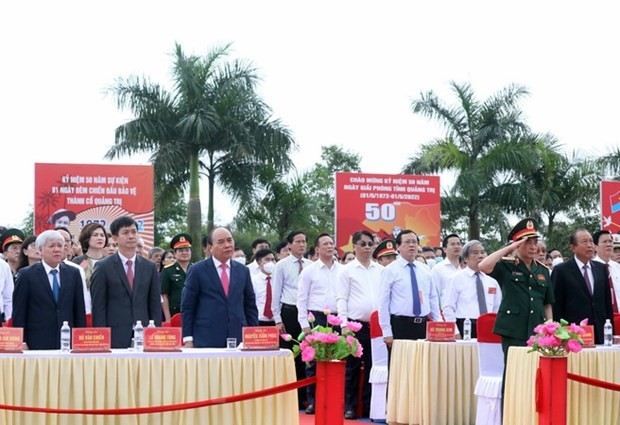 President Nguyen Xuan Phuc (third from L) at the ceremony (Photo: VNA)
Quang Tri was one of the most heavily bombed areas during the anti-US resistance war. It was also renowned for the fierce 81-day-and-night battle at the ancient Quang Tri Citadel.

The local Hien Luong Bridge crosses Ben Hai River, which divided the North and the South of Vietnam after the signing of the Geneva Accords in 1954. Though the river is just over 100m wide, it took 21 years for Vietnamese on the two banks to be united. The river and the bridge witnessed the Vietnamese people's fierce but glorious struggle against foreign invaders, reflecting their desire for and belief in victory and peace. 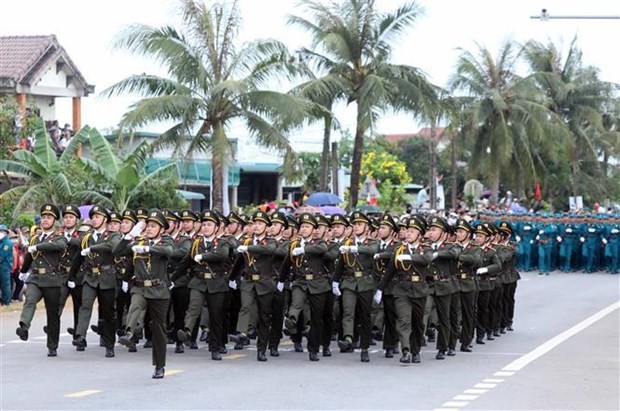 A military parade at the event (Photo: VNA)
Also on April 30, President Phuc attended a ceremony to kick off the 481ha Quang Tri Industrial Park project. Located in Dien Sanh township and the communes of Hai Lam and Hai Truong, the project costs more than VND2.07 trillion (US$90.14 million) and is set to operate for 50 years.