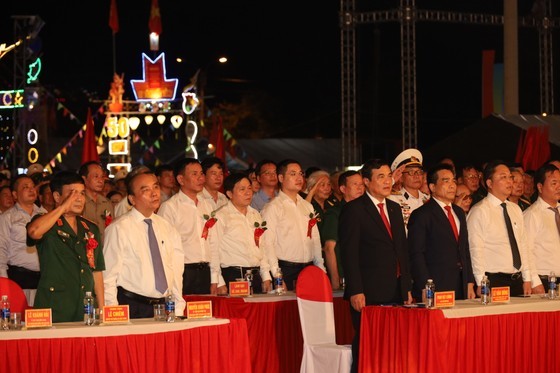 At the ceremony marking the 50th anniversary of Cam Doi victory

The Cam Doi campaign lasted for 26 days and nights, from July 23 to August 19, 1972 to liberate Que Son, contributing to the liberation of Quang Nam province and the southern region, and national reunification.
Over the past years, the Que Son Party organisation has led local residents to reap marked achievements, with per capita income standing at about VND40 million (US$1,709) and six out of 11 communes recognised as new-style rural areas.

Earlier the same day, President Phuc and his entourage paid tribute to late President Ho Chi Minh and martyrs at a monument in Que Son district.

The locality counted a total of 14,307 martyrs during the wars against US and French forces.