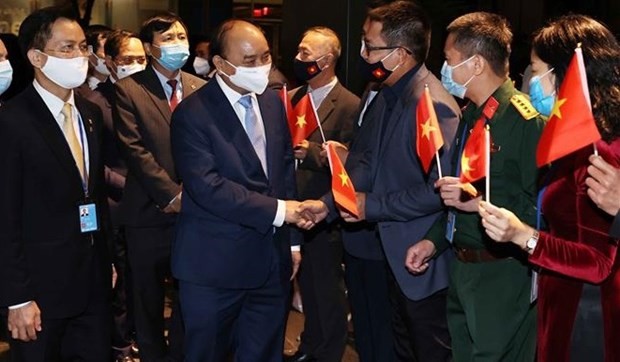 Vietnam officially joined the UN on September 20, 1977. Cooperation between Vietnam and the UN has contributed to protecting and promoting national interests, especially maintaining and consolidating a peaceful, secure and favourable environment for national development.
The collaboration has also helped Vietnam integrate into the world more intensively and extensively, and improve the country’s position and image in the international arena.

Vietnam has sent a total of 243 officers to UN peacekeeping missions in South Sudan, the Central African Republic, and the Department of Peacekeeping Operations in New York, and deployed three level-2 field hospitals in South Sudan.

The UN also holds Vietnam in high regard in terms of the percentage of female personnel in peacekeeping operations (12 percent).

Vietnam officially won the election to become a non-permanent member of the UN Security Council (UNSC) for the 2020-2021 tenure after getting 192 votes out of the 193 UN members.

The country has actively and proactively contributed to common activities of the UNSC, worked to promote bilateral ties with UNSC members, and carried forward its role as a non-permanent member of the UNSC and ASEAN Chair 2020 at the same time.

During his stay in the US from until September 24, President Phuc is scheduled to attend the opening ceremony of the UN General Assembly’s 76th session, and the Global Covid-19 Summit themed “Ending the Pandemic and Building Back Better.”

He will hold bilateral meetings with leaders of countries on the sidelines of the General Assembly, and receive and hold dialogues with leaders of many major groups and businesses of the US, to call on them to pour more investments in Vietnam.