Chairing the event, Party General Secretary and State President Nguyen Phu Trong said the Politburo and Secretariat highly value the great contributions that the former officials have made to the Party, people and country during the time they held important positions in central and local agencies.

He highlighted that the country had reaped comprehensive achievements last year. The entire Party, people and army stood united and fulfilled the working programme for the tenure.

After the 13th National Party Congress, the people have demonstrated their trust in the Party’s leadership and the country’s future, despite the impact of the pandemic.

The Party chief wished that the former Party officials will continue to make contributions to the Party, people and nation, and lend their experience in addressing important issues of the country. 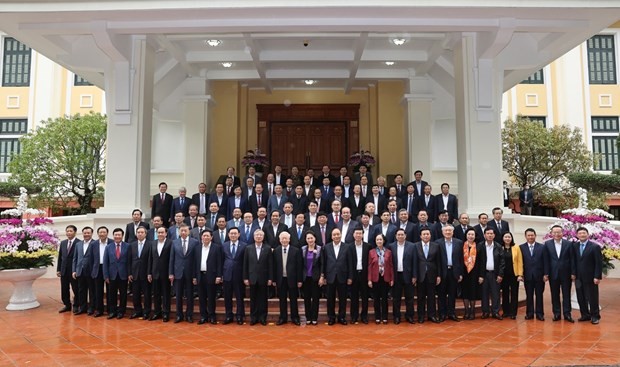 Participants expressed their belief that the 13th Politburo, Secretariat and Party Central Committee will lead the country to a higher development level in the near future.

They pledged to continue contributing to the Party’s cause and strengthening solidarity in the Party.

Expressing pride in being a Party member, they vowed to set examples and lead the way in implementing the Party’s policies, mechanism and resolutions to build a prosperous country with democratic, equal and civilized society.